John Cornyn on Biden's Latest Cabinet Pick: Could Be 'Worst Nominee so Far' 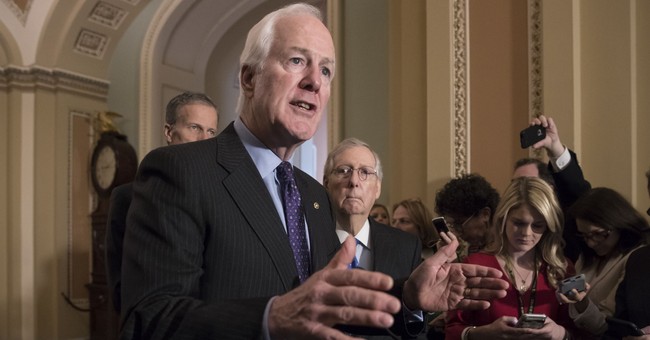 Former vice president and presumptive president-elect Joe Biden continues to announce appointees to top national security and economic posts, as well as selections for White House staff. His pick to head the Office of Management and Budget (OMB), Neera Tanden, drew criticism from GOP lawmakers after the announcement on Monday.

“I think, in light of her combative and insulting comments about many members of the Senate, mainly on our side of the aisle, that it creates certainly a problematic path.”

>@JohnCornyn on @neeratanden “I think, in light of her combative and insulting comments about many members of the Senate, mainly on our side of the aisle, that it creates certainly a problematic path. ... Maybe his worst nominee so far.” (Via @seungminkim on the hill pool)

Tanden, who currently serves as president of the Center for American Progress, has historically been a harsh critic of Republican lawmakers, as Sen. Cornyn noted, who will decide the fate of her confirmation. She deleted the vast majority of them on the heels of Biden announcing her nomination, but seemed to forget about some.

.@neeratanden appears to have deleted her tweets about Susan Collins, whose vote she'll likely need for confirmation.
h/t @varadmehta pic.twitter.com/atwonFCaMb