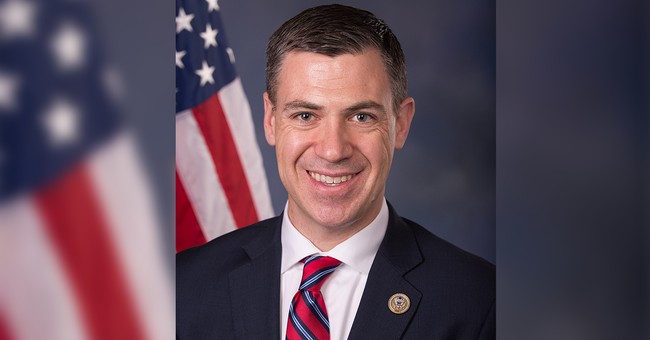 Indiana GOP Congressman Jim Banks was elected Chairman of the Republican Study Committee (RSC), the largest caucus of conservatives within the House of Representatives. Founded in 1973, the RSC works to craft a legislative agenda that will benefit the American people by bringing like-minded House members together. The RSC has previously been chaired by prominent conservative congressmen including Reps. Steve Scalise (LA) and Jim Jordan (OH), and Vice President Mike Pence.

The newly-minted chair said that under his leadership in the 117th congress, the RSC will provide “conservative counterprogramming” to the far-left agenda pushed by Rep. Alexandria Ocasio-Cortez’s (D-NY) “squad” in the House:

“The Republican Study Committee will provide conservative counterprogramming to the Squad’s socialist agenda,” Rep. Banks told Townhall. “We will provide the American people an alternative, conservative legislative agenda that appeals to a large, popular base and carry out the Trump agenda when we win back the House in 2022.”

With Democrats’ massive losses on election night, Rep. Banks plans to leverage Speaker Pelosi’s slim majority to hopefully implement fiscally responsible legislation that is the tradition of the RSC, in light of what he says is “out of control”spending under the Democratic majority.

“The Republican Study Committee’s traditional signature issue is writing a fiscally responsible budget, and we’ll have significant leverage over Democrats who understand we’re approaching a fiscal cliff. Especially in light of the coronavirus pandemic, out of control spending has become an urgent necessity that Congress must address as quickly as possible,” he said. “Additional issues that I will be advocating RSC execute out of the gate include a campaign to reform Section 230, protect the historically bipartisan Hyde amendment, and protect the Trump-era defense spending levels from cuts.”

With Speaker Pelosi’s control of the lower chamber significantly slimmed down, House Republicans will be able to hold Democrats accountable, and are well-positioned to take back the majority in the 2022 midterm elections.