Sen. Blackburn: Chuck Schumer's Agenda is on the Ballot in Georgia 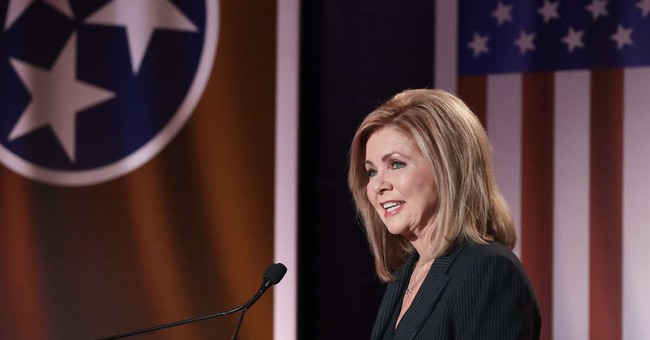 As the pair of runoff elections in Georgia heat up, Senator Marsha Blackburn (R-TN) said on Monday that Jon Ossoff and Raphael Warnock are joined by a third Democrat on the ballot in January. Sen. Blackburn told Fox News’ Maria Bartiromo that in addition to his hand-picked candidates, Senate Minority Leader Chuck Schumer (D-NY) is also on the ballot, as he hopes to take back power in the upper chamber.

Ahead of the overtime elections that will decide which party controls the Senate, the minority leader said that if Democrats manage to flip the seats held by incumbent GOP Sens. David Perdue and Kelly Loeffler, they will “change America.”

Chuck Schumer's agenda is: "first we take Georgia, then we change America."
And make no mistake: Chuck Schumer is on the ballot in Georgia.#GASen #gapol pic.twitter.com/oxXh39Txvl

Sen. Blackburn torched the radical agenda embraced by Ossoff and Warnock, as well as their questionable ties to the Chinese Communist Party (CCP) and other anti-American actors, that is vastly out of touch with Georgia.

“These two Democratic Senate nominees are the two most radical, leftist Senate nominees I have ever seen. You have in Ossoff a trust fund socialist, who has been on the payroll of a Chinese Communist Party-owned company, and failed to report it until he got caught. You have Warnock who is a mentee of Jeremiah Wright..the one who said he was hopeful that God would not bless America, but that God would ‘damn’ America.”

Sen. Schumer and his caucus must flip both seats in Georgia in order to hold a majority after the January 5 runoff elections.