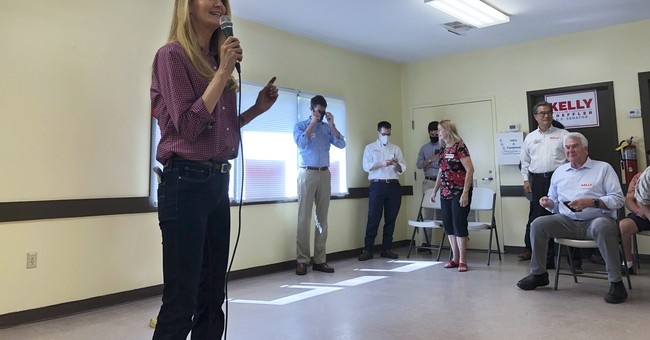 In the first days of her runoff election, Georgia Senator Kelly Loeffler (R-GA) blasted Democrat challenger Raphael Warnock as “too extreme” for the state of Georgia. A candidate hand-picked by Senate Minority Leader Chuck Schumer (D-NY), as he hopes to take back control of the Senate, Warnock’s candidacy is plagued by a suspicious past.

In footage uncovered in September, Warnock referred to law enforcement officers as “bullies,” “thugs,” and “gangsters.” The Senate hopeful also previously came to the defense of Rev. Jeremiah Wright, who infamously delivered his “God Damn America” speech, and suggested that the terrorist attacks that occurred on September 11, 2001 were merited. Even more, Warnock worked at a church that hosted, and praised, Fidel Castro:

FROM THE VIDEO ARCHIVES -->

Senator Loeffler wasted no time in the first week of the runoff election, and immediately brought the skeletons in Warnock’s close to the center.

WATCH: "We do have a choice between socialism and the American dream... Marco is exactly right: Raphael Warnock celebrated Fidel Castro in his church. He has a Marxist ideology." - @KLoeffler #GAsen #GApol pic.twitter.com/7XnWoMDIXP

Warnock is competing in one of two runoff Senate elections in Georgia that will decide control of the upper chamber.