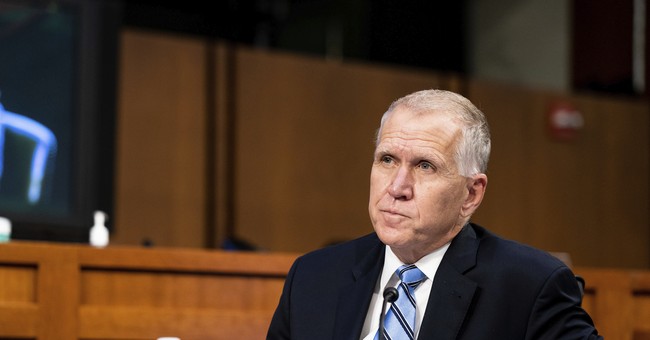 Thank you for this historic victory, North Carolina!

Looking forward to SIX MORE YEARS of fighting for you and your family in the U.S. Senate. #ncsen #ncpol pic.twitter.com/re4qhrdYAa

Oh, come on, in North Carolina we’re waiting for THREE PRECINCTS! Tillis is up by more than 95,000 votes! pic.twitter.com/4mtvG0eYeN

Cunningham has yet to concede the race. The last stretch of Cunningham’s campaign was stained by an adulterous sex scandal that he refused to publicly address.

Pressure's on @CalforNC to concede.

He's been hiding from the media for the last month, hoping they'd just go away, gotta wonder if he's hoping the Senate race will just go away too. https://t.co/I50cUwGolc

Turns out voters DO care about that he was a serial philanderer and under Army investigation https://t.co/SNQq2LpFyM

Stay tuned for updates, and follow all of our election coverage here.