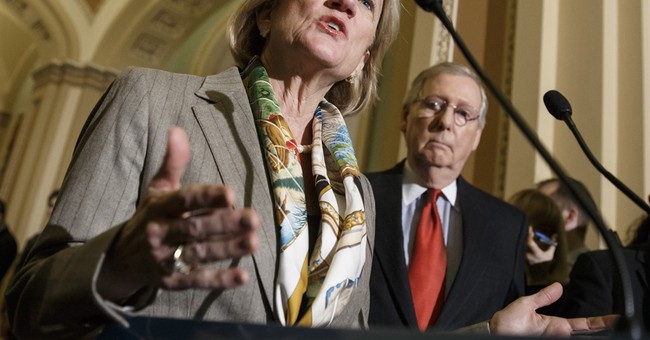 #BREAKING: President Trump has won the state of West Virginia, according to a race call by the AP. https://t.co/tiVM3Tlfw6 pic.twitter.com/J0CycWTqvE

Senator Shelley Moore Capito (R-WV) also won her reelection early, making her the first GOP Senator to be victorious on Tuesday night. Sen. Capito is the first Republican to win a Senate seat in West Virginia in over fifty years, and is the state's first female Senator.

Congratulations to @CapitoforWV on her victory in the #WVSen race! We know she will continue to be a strong leader for West Virginians. (? @AP) pic.twitter.com/C65zUhTo2w

The first woman to represent West Virginia in the Senate ?? https://t.co/JP8WbYMYw2

Republicans face a heated battle to keep control of the Senate, with competitive races in a handful of states.

“Congratulations, U.S. Senator Shelley Moore Capito, on a decisive victory. There is no question that Senator Capito’s commitment to independence and Mountain State values has earned her the trust of West Virginia voters and they’re fortunate to have her continued leadership,” National Republican Senatorial Committee (NRSC) Chairman Sen. Todd Young (R-IN) said in a release.

Congratulations to @JimJusticeWV on his victory in the West Virginia gubernatorial race! Governor Justice is only getting started bringing more growth and prosperity to West Virginians. #WVgov https://t.co/wf2Fkhk9fs pic.twitter.com/12gBQktKaW

Stay with our election coverage throughout the night here.