After Senate Confirmed Justice Barrett, Hickenlooper Still Will Not Give a Firm Stance on Court Packing 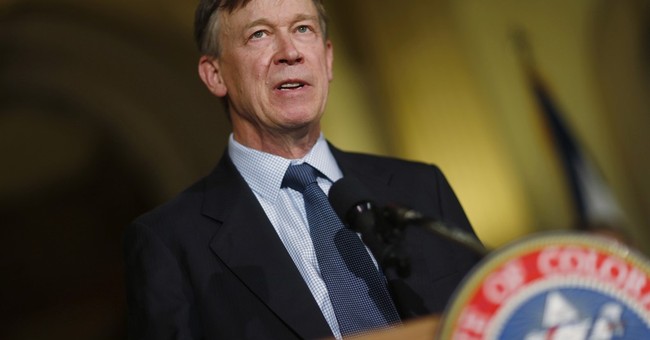 After the Senate confirmed Justice Amy Coney Barrett to the Supreme Court on Monday, former Colorado Governor and current Senate candidate John Hickenlooper (D) avoided revealing his stance on “court packing,” once again. As the idea of expanding the size of the Supreme Court gains traction within the Democrat Party, Hickenlooper continually avoids giving a straightforward answer when asked about packing the court.

The Senate hopeful first called adding justices to the Supreme Court a “hypothetical,” but then indicated that his support for packing the court would be contingent on the confirmation of Justice Barrett. After President Trump's third Supreme Court nominee was approved by the upper chamber, Hickenlooper dodged a follow up question on court packing, through his spokesperson, via The Denver Post:

“John Hickenlooper is declining to say whether he believes congressional Democrats should pursue any specific policy responses to the U.S. Senate’s confirmation of Amy Coney Barrett to the Supreme Court...He promised The Post he’d be 'much more forthcoming' on the topic of court expansion after the Senate confirmation process concluded. Now that it has, in a 52-48 vote on Monday night that saw Gardner voting in the majority, and Hickenlooper declined through Moussa to be interviewed Tuesday.”

Incumbent GOP Sen. Cory Gardner said that his Democrat challenger is a "coward" for not standing up to his party's radical idea:

Hickenlooper is lying to Coloradans. He will pack the Supreme Court. Stop being a coward, John - stand up to the radicals. https://t.co/DDcc7A52yq

During his brief run for the Democratic nomination for president, Hickenlooper said that he would be “open to” the idea of expanding the size of the Supreme Court. Now, with 6 days left in his battleground Senate race, he continually declines to answer a direct question so crucial to next week’s election.

"Once again John Hickenlooper has chosen to dismiss legitimate questions from Colorado voters who deserve clear answers about his support for extremist efforts to fundamentally change our judicial branch," said NRSC spokesperson Joanna Rodriguez. "Hickenlooper said he was open to adding liberal justices in the past, but his non-answers now show he still has the same sense of entitlement that led to him violating Colorado ethics laws and being found in contempt by the Colorado Ethics Commission."

The former governor holds an advantage in polling over Sen. Gardner, after previously saying that he was "not cut out" to be a Senator.