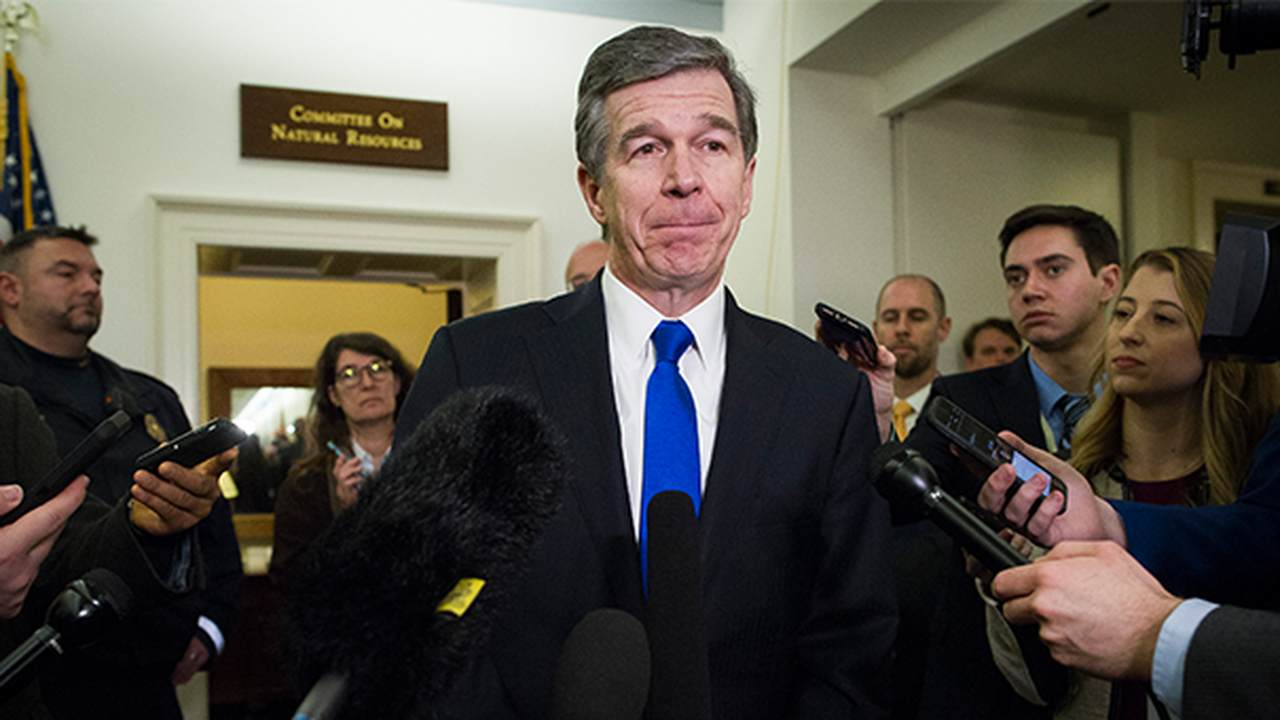 North Carolina Governor Roy Cooper (D) was caught on a hot mic on Monday afternoon during an interaction with former Vice President Joe Biden. Asked about the electoral prospects for Democratic Senate candidate Cal Cunningham, who is currently embattled by an adulterous sex scandal, Cooper told Biden that Democrats will still work to “get him across” the finish line.

Cunningham is currently facing an investigation by the Army Reserve, given his military rank, and a complaint filed with the Department of Defense Inspector General. Cooper acknowledged Cunningham’s problematic sex scandal, which is not playing well with North Carolina voters.

Ouch ?? Gov. Roy Cooper caught on a hot mic today telling Joe Biden they're going to try to drag the disgraced Cal Cunningham across the finish line following his affair with the wife of a combat veteran.

"I know that's frustrating, but we'll get him across." #NCsen #NCpol pic.twitter.com/ToUGBrG16P

Cooper has avoided public comment on Cunningham's nationally-watched sex scandal as it has unfolded. He previously appointed Cunningham to a commission on crime. While Cunningham faces investigations into his adulterous conduct that is possibly a violation of the Uniform Code of Military Justice, he's also faced scrutiny from military veterans; even so, both Cunningham and Cooper have avoided addressing the scandal publicly.

North Carolina’s Senate race is viewed as a must-win for both Republicans and Democrats in the fight for the majority in the Senate. In what was already a battleground race, Cunningham’s extramarital relationships have done him zero favors.