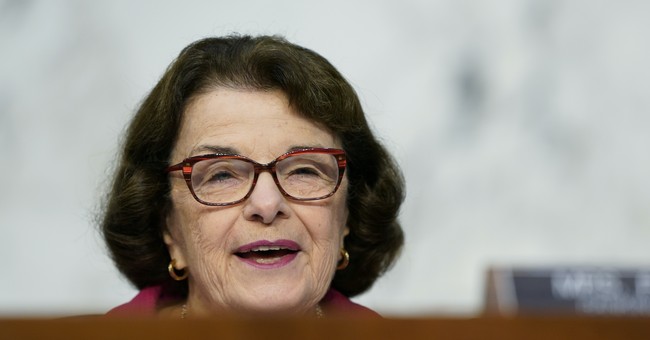 The Senate Judiciary Committee’s third day of confirmation proceedings for Judge Amy Coney Barrett’s nomination to the Supreme Court is underway. Democrats have brought the future of the Affordable Care Act (ACA), which will appear before the high court in November.

In the ongoing battle over the ACA, the Trump administration argues that because the law’s individual mandate was eliminated by Congress, the rest of the law cannot stand. Sen. Dianne Feinstein (D-CA) asked Judge Barrett about severability, a legal principle that says if certain provisions of a law are ruled unconstitutional, the remainder can still stand. This very principle fuels Democrats’ argument to save the ACA.

Judge Barrett did not disclose her opinion on the constitutionality of the ACA, and gave Sen. Feinstein a lesson in severability.

“I think the doctrine of severability as it’s been described by the Court, you know, serves a valuable function of trying not to undo your work when you wouldn’t want a court to undo your work. Severability strives to look at a statue as a whole and say, would Congress have considered this provision so vital that, kind in the Jenga game, pulling it out, Congress wouldn’t want the statute anymore? So it’s designed to effectuate your intent,” Judge Barrett said before the committee. “But — severability is designed to say well, does Congress still want the statute to stand even with this provision gone? Would Congress have still passed the same statute without it? So I think insofar as it tries to effectuate Congress would have wanted, it’s the Court and Congress working hand-in-hand.”

Sen. Feinstein conceded that she was “impressed” with Judge Barrett’s eloquent description of severability.