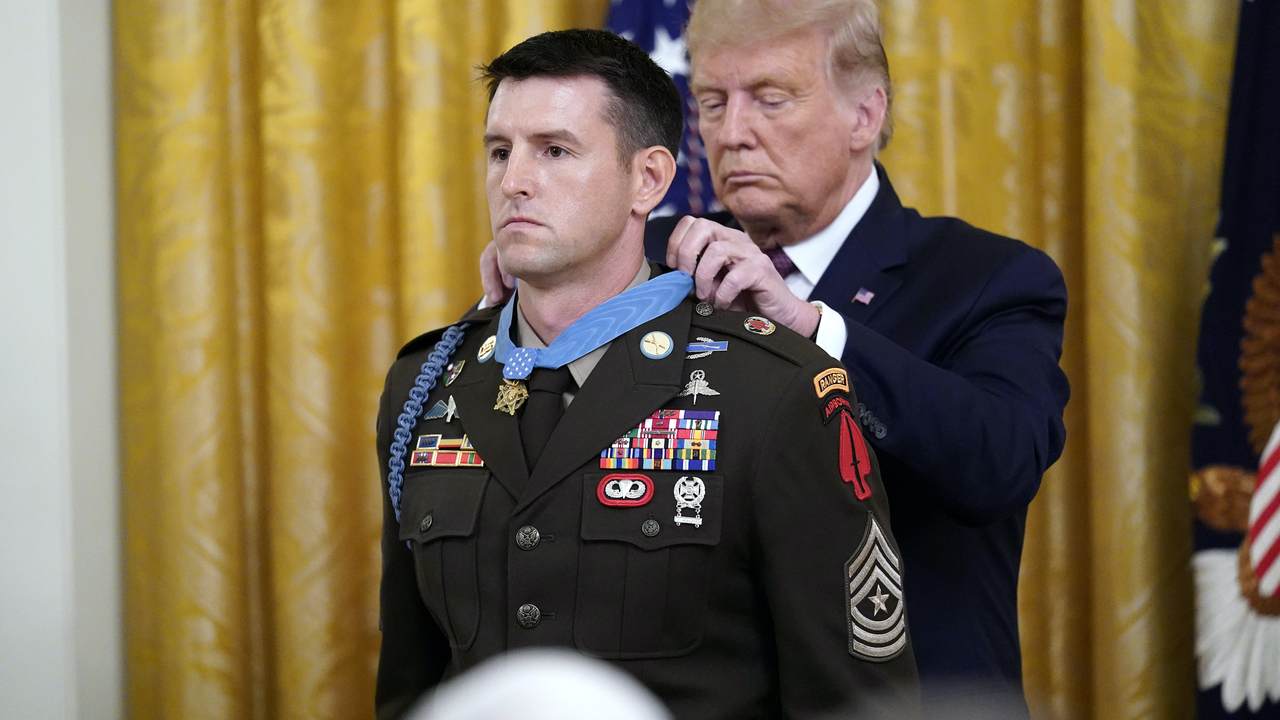 President Trump awarded the Medal of Honor to Sergeant Major Thomas P. Payne, of the Army, on Friday afternoon. In 2015, then-Sergeant First Class Payne headed a team that managed to liberate 75 hostages in Iraq as part of Operation Inherent Resolve.

The president called the rescue mission, “one of the largest and most daring.”

“It was one of the largest and most daring rescue missions in American history. Pat and his team rescued 75 captives and killed 20 ISIS terrorists,” the president said. “Pat, you embody the righteous glory of American valor. We stand in awe of your heroic, daring and gallant deeds. You truly went above and beyond the call of duty to earn our nation’s highest military honor.”

Congratulations to Sgt Major Thomas Payne on receiving the Medal of Honor. You have made South Carolina and your country proud. May God bless you and your family’s sacrifice. ?????? pic.twitter.com/2cpDF4sQKX

Sergeant Payne was inspired to join the Armed forces after the unspeakable terrorist attacks that occurred on September 11, 2001.