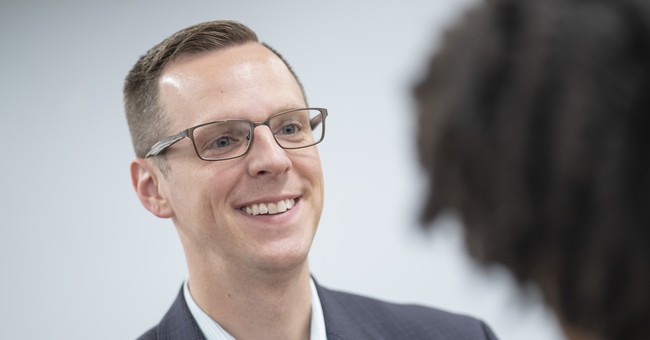 A Democratic congressional candidate in a nationally-watched race is facing scrutiny for a host of now-deleted blog posts in which he voiced creepy sexual fantasies about children and degrading comments toward women. A current state legislator in Michigan, Jon Hoadley earned the Democratic party’s nomination in Michigan’s 6th congressional district, and will take on GOP Rep. Fred Upton in November.

Since the deleted blog posts surfaced, national Democrats including the DCCC have yet to comment on Hoadley’s gross behavior. In a statement to New York Post, Hoadley’s campaign likened the posts to “bad college poetry.” Hoadley’s primary opponent did not offer her endorsement after he clinched the nomination, citing his misogyny, use of meth and sexual exploitation of children.

If Hoadley was a Republican seeking a seat in Congress, the GOP would be rightfully forced to denounce this creepy behavior.