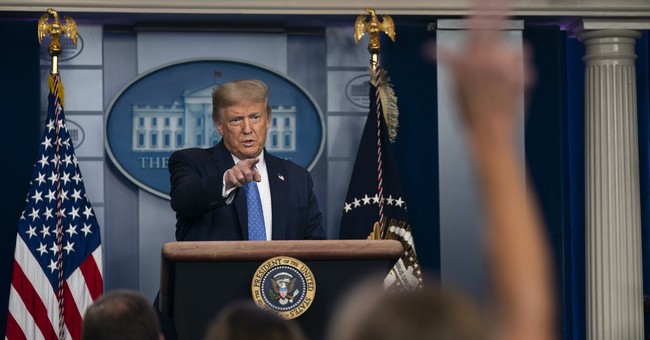 President Trump will address the nation and give an update on the administration’s work to combat COVID-19. The president brought back his briefings on Monday in order to give transparency on his administration’s efforts.

President Trump encouraged Americans to wear masks and take reasonable precautions, and previewed the possibility of a vaccine in the near future:

"Our strategy is to shelter the highest-risk Americans, while allowing younger and healthier citizens to return to work or school while being careful and very vigilant: wear a mask, socially distance, and repeatedly wash your hands." pic.twitter.com/OQPgZZ9bPc

"Today, my Administration reached a historic agreement with Pfizer, to produce and deliver 100 million doses of their vaccine immediately following its approval." pic.twitter.com/U5aVxYj41i

His Thursday address follows a week of negotiations on Capitol Hill between Senate Republicans, Democrats and the White House, for an additional CARES Act stimulus package that will bring more economic relief to Americans in need. The president is pushing for a payroll tax cut to be included in the package but has received push back from some lawmakers:

The Democrats have stated strongly that they won’t approve a Payroll Tax Cut (too bad!). It would be great for workers. The Republicans, therefore, didn’t want to ask for it. Dems, as usual, are hurting the working men and women of our Country!