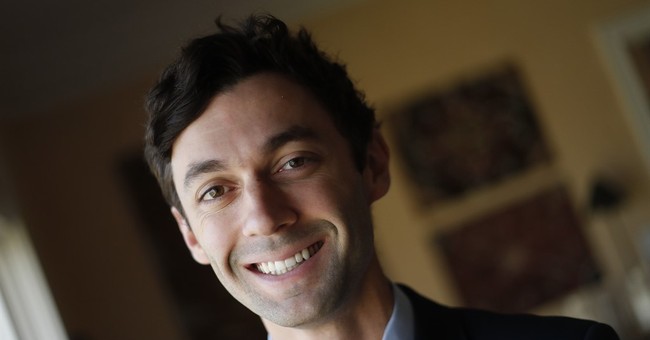 Georgia Senate candidate Jon Ossoff perpetuated another lie, one that had already been fact-checked. Ossoff regurgitated a false talking point that the Trump administration threatened a CDC official, Dr. Nancy Messonnier, with retaliation for speaking out about COVID-19 back in February. The false claim was originated from in an ad from former Vice President Joe Biden:

"Starting the next day, Dr. Messonnier no longer appeared at public briefings of the White House coronavirus task force. The president and the White House sent a clear message to scientists in the government: There would be a price for speaking out and speaking up," the ad says.

Former Vice President Joe Biden was hit with a fact-check for claiming that Dr. Messonnier was “silenced” by the administration. Biden’s claim was rated “misleading” by FactCheck.org and was given "four-pinocchios" by The Washington Post:

"If you look closely, you will see there is a woman standing next to Trump. Who’s that? Anne Schuchat, the CDC’s principal deputy director — and Messonnier’s superior," WaPo's fact-checker wrote. "Meanwhile, far from being silenced, Messonnier kept doing her telephone briefings with reporters — on Feb. 28, Feb. 29, March 3 and March 9. She also appeared in four videos shared on social media including on March 14."

Ossoff piggy-backed off of Biden’s claim, which has since been debunked:

“There was an epidemiologist at the CDC named Dr. Nancy Messonnier who began sounding the alarm in late February. She appeared to be threatened with retaliation by the administration. They wanted her to stop talking about it because they wanted this to go away, they were in denial, they didn’t wanna deal with it,” the Senate hopeful said: