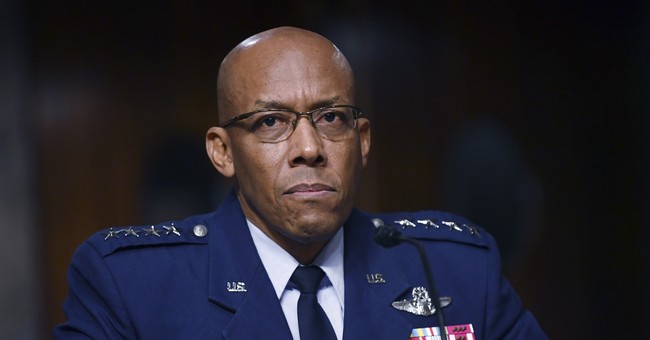 The Senate confirmed General Charles Brown to be the Air Force’s chief of staff, by a vote of 98-0 on Tuesday afternoon. Gen. Brown currently serves as the Commander of the Pacific Air Forces and will be the first African American chief of staff to any branch of the military to date. His new job will give Gen. Brown a seat at the table of the Joint Chiefs of Staff. Vice President Mike Pence presided over the historic vote.

Today is a Historic Day for our Nation. The Senate has confirmed President @realDonaldTrump’s nominee, General Charles Q. Brown, Jr. as Chief of Staff to the @usairforce—the first-ever African American Service Chief in the history of our Country. Congratulations General Brown! pic.twitter.com/6nbjUG01F8

In the wake of George Floyd’s tragic death, Gen. Brown, one of only two four-star African American generals currently serving in the military, released a powerful video message:

My decision to appoint @usairforce General Charles Brown as the USA’s first-ever African American military service chief has now been approved by the Senate. A historic day for America! Excited to work even more closely with Gen. Brown, who is a Patriot and Great Leader!