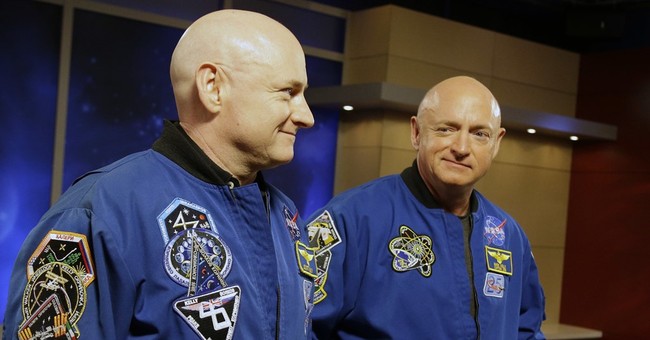 Arizona senate candidate Mark Kelly, the Democrat running to unseat GOP incumbent Sen. Martha McSally (R-AZ), is facing backlash for apparent business ties to China. Kelly co-founded World View Enterprises, which originated as a space exploration start up, and served an advisor until launching his bid for the Senate.

World View was invested in by a high-profile Chinese technology company, Tencent, owns WeChat, a Chinese social media platform. Tencent is known to have used surveillance tactics on its billions of subscribers, and censors language that is critical of the Chinese Communist Party (CCP). A handful of GOP senators classify Tencent as a national security threat and a puppet of the CCP. Indeed, the United Nations shared the senators’ concern; the UN’s Human Rights Watch chief classified Tencent as “an enabler of Chinese government oppression,” as RealClearPolitics notes.

As of last year, less than 100 jobs have been created. #AZSen #azpolitics

The Senate hopeful does not acknowledge these visible ties to China and the CCP while touting his national security experience on the campaign trail.

"Mark Kelly will do or say anything to protect his bottom line," said NRSC spokesperson Joanna Rodriguez. "His company spent years flaunting its ties to Chinese investors while reaping the benefits of taxpayer funding. Now when the national security threats of these types of investments are being realized, Kelly remains silent. Arizonans can't trust him to deliver on promises or keep America safe from communist influence."

Kelly’s complicity with China is just the opposite of Sen. McSally’s view of the CCP. The Arizona Republican emerged as a fierce voice of opposition to China, and continues to demand answers in regard to the regime’s cover-up of COVID-19. Sen. McSally called for the World Health Organization (WHO) Director General to step down after the organization’s continued perpetuation of CCP propaganda became apparent.

While seeking a seat in the United States Senate, Kelly should have to answer to these ties. Regardless of ideology, visible connections to China’s communist regime, which commits human rights atrocities and perpetuates anti-American propaganda, should be alarming.