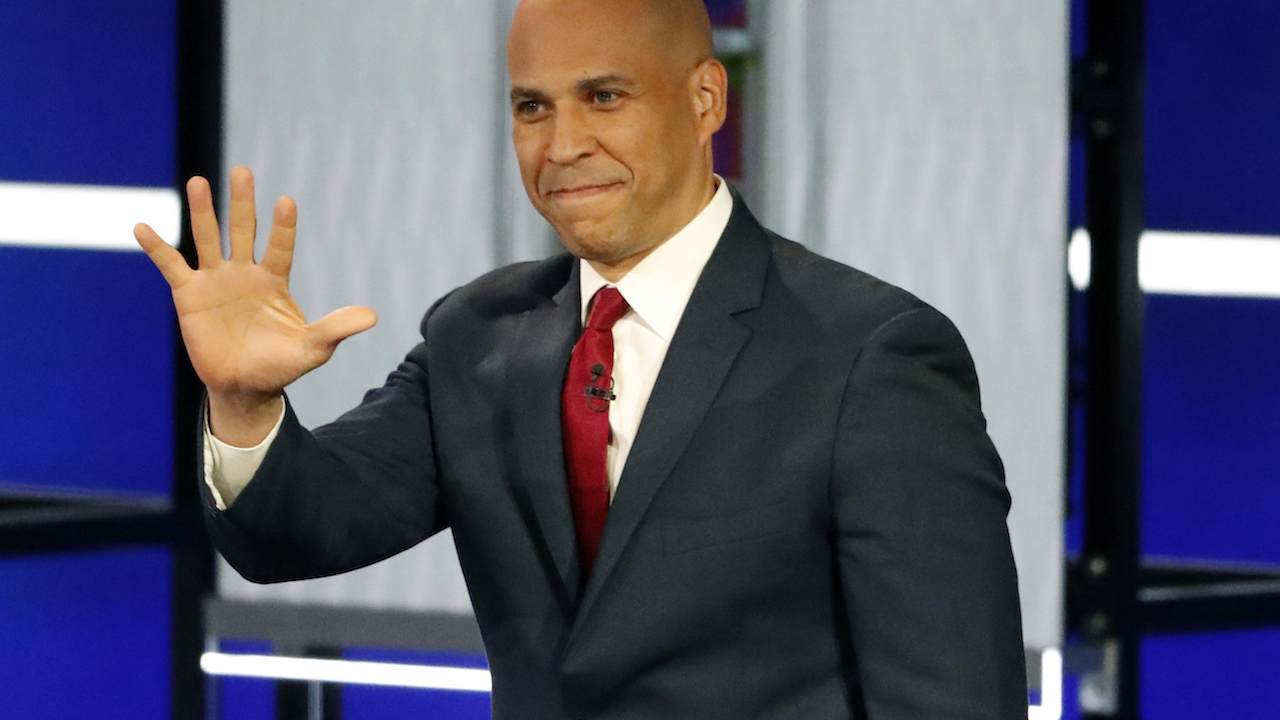 Sen. Cory Booker says sexual assault allegation against Biden, which he has denied, should be investigated: “Investigate the claims, and I really celebrate Joe Biden for standing up and saying the same thing.”
“I stand with Joe on his nomination,” he adds. https://t.co/UjOYK4pcPJ pic.twitter.com/yIXe3pNmxH

After weeks of silence on these allegations, Biden did give news outlets the green light to investigate Reade's claims, but it is no secret that he is not treating the allegations against himself the same way that he has for other men accused.

Sen. Booker, like so many of his Democratic colleagues, also changed his rhetoric on the issue of misconduct allegations. Sen. Booker was a chief architect behind the effort to not only take down the confirmation of then-Judge Brett Kavanaugh but to diminish the judge's character.

Even after his GOP colleagues bent over backward to accommodate Dr. Ford's willingness to testify, Sen. Booker claimed that Republicans were brushing aside allegations that were credible. Less than a year later, as his preferred presidential candidate faces allegations more credible than those brought against Justice Kavanaugh by Dr. Ford, Sen. Booker's enthusiasm for hearing and believing women is nowhere to be found.

This new allegation and additional corroborating evidence adds to a long list of reasons why Brett Kavanaugh should not be a Supreme Court justice. I stand with survivors and countless other Americans in calling for impeachment proceedings to begin. (2/2)

Most infamously, in all of his partisan rage during Kavanaugh's confirmation, Sen. Booker told the Senate Judiciary Committee that he was about to have his "I am Spartacus" moment. In a moment of extreme partisan grandstanding, and attention-seeking showmanship, Sen. Booker released classified information and violated Senate rules:

“This is probably the closest in my life to an ‘I am Spartacus’ moment” - Sen. Cory Booker pledges to defy rules and release ‘confidential’ Kavanaugh emails that were already cleared for release pic.twitter.com/qDxt4QnDca

Sen. Booker's attitude toward uncorroborated allegations against a conservative jurist, versus more substantial allegations against the Democrats' nominee for president, could not be more different. Sen. Booker is just one of many Democrats who have endorsed Biden for president, who previously attempted to derail Kavanaugh's nomination on account of misconduct allegations, and is now dismissive of the claims against the presumptive Democratic nominee.