Exclusive: Club for Growth Hits Knute Buehler in OR-02 Primary 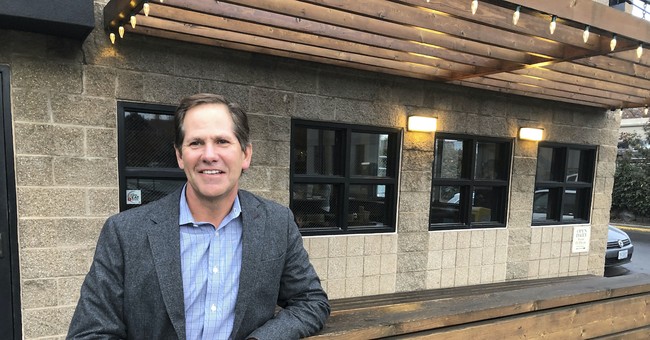 The ad highlights Buehler’s opposition to President Trump, and even reminds those watching that Buehler called for Justice Brett Kavanaugh to withdraw his nomination. Buehler's website boasts a record of conservative votes, a history of "taking on" Democrats and a commitment to Republican values but opposition to President Trump's economic policies and siding with Senate Democrats in their smear against Justice Kavanaugh draws skepticism.

As the ad shows, Buehler, in his own words, called President Trump "incompetent" and "ill-tempered," and said that he has frequently opposed the administration's policies. Amidst a tough primary, Buehler appears to be pivoting on supporting the president:

“We’re deep into a record-breaking expansion, and I don’t see it turning around any time soon.” Despite the job-killing policies of Kate Brown, Central OR’s economy continues to grow at a record-breaking pace. That’s how good Trump’s policies have been. https://t.co/O2qtn32WDm

Buehler served as a state representative in Oregon from 2015-2019, and was the GOP nominee for Governor in 2018, but lost to Democratic incumbent Kate Brown. While this ad buy is not an endorsement in the primary for Oregon’s 2nd congressional district, it makes Buehler's record abundantly clear.

The GOP primary for the 2nd congressional district is set for May 19th.