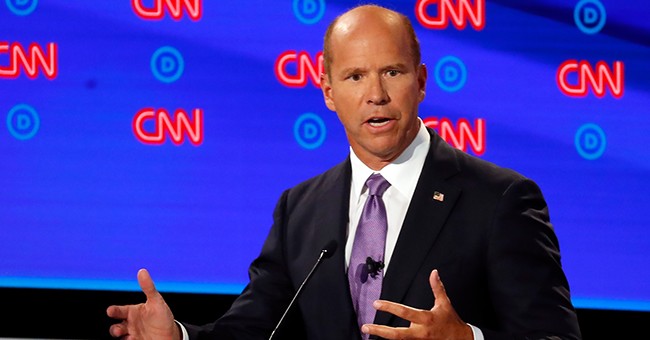 Former Vice President Joe Biden picked up another endorsement Friday morning from a former presidential candidate. Former Maryland congressman John Delaney was the first Democrat to officially announce his bid for the White House in July 2017. His candidacy never truly got off the ground, but Delaney stayed in the race until January of 2020.

Biden is now on a path to win an outright majority of delegates! Things change fast - he is the clear front runner and the one person Trump didn't want to run against. Thank God for @WhipClyburn https://t.co/QUxWDFOwId

A very good night for @joebiden - proving that most Democrats and most hard working Americans want a nominee that is a unifier, a problem solver, and someone committed to restoring decency and civility to the White House.

Delaney has been an outspoken critic of Sen. Bernie Sanders (D-VT) who is VP Biden’s last real competitor in the race for the nomination.

I'm calling BS on this - Bernie is wrong about this and it is a dangerous and misleading statement. @BarackObama and @SpeakerPelosi - for example - have had fundraisers at wealthy people's homes AND THEY HAVE BEEN CHAMPIONS OF WORKING PEOPLE AND DONE MORE TO HELP THEM THAN BERNIE https://t.co/2hKXZ78VkO

The former vice president is on track for the nomination from a delegate standpoint, but Sen. Sanders is not ceding this fight yet. Super Tuesday brought huge gains for the Biden campaign, which many thought was flatlining, but this primary is certainly not over. What remains to be seen is whom, if anyone, Sen. Elizabeth Warren (D-MA) will endorse after ending her presidential campaign on Thursday.