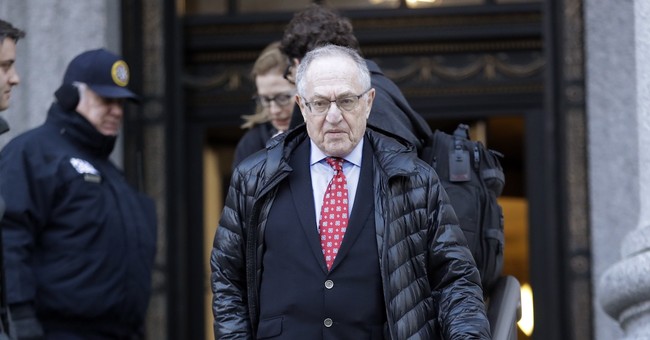 Warren on Dershowitz’s presentation: “I truly could not follow it.”

Alan Dershowitz’s argument is contrary to both law & fact.

Professor Dershowitz is a key player on President Trump’s legal defense team amidst the highly political effort by Congressional Democrats to impeach and remove him from office. Dershowitz’s legal philosophy is respected by both sides of the political aisle.

Dershowitz argued that even if people take issue with the president’s conduct, an impeachable offense is not present, per The Hill:

"You cannot turn conduct that is not impeachable into impeachable conduct simply by using words like ‘quid pro quo’ and ‘personal benefit.’ It is inconceivable that the framers would have intended so politically loaded and promiscuously deployed a term as ‘abuse of power’ to be weaponized as a tool of impeachment. It is precisely the kind of vague, open-ended and subjective term that the Framers feared and rejected," Dershowitz said

"Criminal law is all about intent. Mens rea is the heart of criminal law. That's the very basis of it. So it makes his whole presentation just nonsensical. I truly could not follow it," Warren said.

Professor Dershowitz clapped back at Warren’s delusion, and attempts to create impeachable crimes that do not exist:

She also willfully mischaracterized what I said, claiming that I spoke about “intent.” I challenge her to find that word anywhere in my presentation. I talked about the difficulty of discerning mixed motives. (2 of 3

(3 OF 3)
If Warren knew anything about criminal law she would understand the distinction between motives – which are not elements of crime—and intent, which is. It’s the responsibility of presidential candidates to have a better understanding of the law.