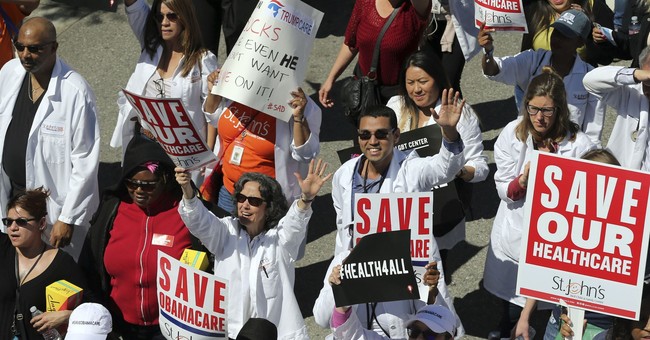 The Supreme Court concluded this morning that it will not consider an accelerated review of a lawsuit surrounding the Affordable Care Act. This decision is a massive blow to Democrats, who initiated the request for expedition of the review, in hopes of centering 2020 about the future of Obamacare. The highest court would be reviewing the 5th Circuit's ruling, which struck down the individual mandate portion of the Affordable Care Act.

NEW at SCOTUS: the justices REFUSE to expedite review of the 5th-circuit ruling against Obamacare, pushing that explosive question off at least until the election has passed.

The 5th Circuit Court of Appeals joined other courts and ruled that the individual mandate portion of the Affordable Care Act is unconstitutional, but elected not to rule the law in its entirety as unconstitutional. The 5th Circuit sent the suit back to the district court in Texas. In response, House Democrats, alongside a group of blue states, pleaded that the Supreme Court intercede, in hopes the high court ruling Obamacare as constitutional ahead of the general election. The highest court left the door open to reviewing the case later, but smacked down the Democrats’ request for expedition. Given the stature of the Affordable Care Act, the court was right to not comply with the demand to expedite review. This ruling is also a win for the Trump Administration ahead of the general election, and a loss for Democrats. Because the Supreme Court is still mulling the constitutionality of the Obama Administration’s massive overhaul of health insurance, healthcare will be less of a center stage issue in 2020. The Trump campaign will be less pressed to outline a tangible substitution to the Affordable Care Act, and the eventual Democratic nominee will have less credibility with the typical talking point of "Republicans will take your healthcare."

The court’s review could still occur, but likely not before the 2020 general election.