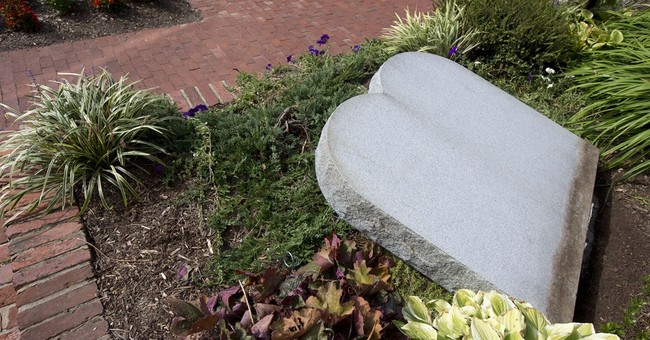 As the debate over religion in American political spaces rages on, Oklahoma state's legislature recently approved a monument of the Biblical Ten Commandments on public ground. A group called The Satanic Temple has followed suit, claiming Oklahoma's actions have paved the way for a "public-friendly" Satan-related monument "for young children."

The move is a clear attempt to make a statement, a fact highlighted by the fact that The Satanic Temple is based in New York even though they are petitioning for a monument in Oklahoma.

The Satanic Temple has launched a crowd-funding campaign on Indiegogo in an attempt to procure the financial backing to construct the Satanic monument. If the organization does succeed in raising the money, its bid will certainly be rejected by Oklahoma lawmakers. In that case, "all funds will go toward efforts to appeal or contest the rejection, and/or place another Satanic monument in another relevant location." As of the writing of this article, the campaign has only raised $120 of its $20,000 goal - but it only began yesterday and will run for 40 days.

Advocates claim that the benefits of erecting their Satanic monument next to the Ten Commandments would include:

The ACLU is on the same page as The Satanic Temple. Brady Henderson, legal director for ACLU Oklahoma, said (emphasis mine):

"We would prefer to see Oklahoma's government officials work to faithfully serve our communities and improve the lives of Oklahomans instead of erecting granite monuments to show us all how righteous they are. But if the Ten Commandments, with its overtly Christian message, is allowed to stay at the Capitol, the Satanic Temple's proposed monument cannot be rejected because of its different religious viewpoint."

Lucien Greaves, the man behind the push for a Satanic monument, launched an unsuccessful effort a few months ago to garner support for The Satanic Temple's participation in New York's Adopt-a-Highway Campaign. Amazingly, that venture found 67 funders and raised $2,244.

The AP reports that Greaves credits Republicans and Rep. Mike Ritze in particular for furthering the Satanic cause (emphasis mine):

"He[Rep. Ritze]'s helping a satanic agenda grow more than any of us possibly could," Greaves said. "You don't walk around and see too many satanic temples around, but when you open the door to public spaces for us, that's when you're going to see us."

The Satanic Temple's attempts to become relevant and make a statement on religious freedom will likely drag on far beyond the monument bid.