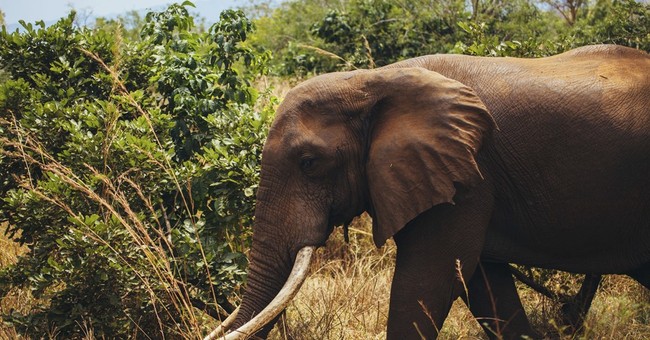 The Trump Administration is facing sharp criticism and backlash for its decision to do away with a ban implemented by former President Obama that prevented elephant hunters from bringing their trophies back to the United States from the countries of Zimbabwe and Zambia.

African elephants are a threatened species and face extinction in our lifetime. As part of the international effort to reverse this trend, we strongly support the ban on imports of elephant “trophies” from Zambia and Zimbabwe. We are deeply disappointed by reports that there are plans to remove this ban, and as co-chairs of the Congressional Animal Protection Caucus, we are united in our effort to maintain the existing ban.

In the African nations of Zambia and Zimbabwe, wealthy, big game hunters can pay thousands of dollars to kill the elephants. Proponents of the decision state that allowing wealthy individuals to spend big money on the sport is a form of population control and allows the money that is earned to be used to improve the conservation.

According to the U.S. Fish and Wildlife Service, "American hunters make up the largest proportion of people who hunt overseas, placing our nation in a key role to support science-based, well-managed hunting programs abroad."

Our nation has an obligation under the ESA to make sure U.S. hunters are contributing to the conservation of elephants in the wild by participating in hunting programs that provide a clear conservation benefit and contribute to the long-term survival of the species in the wild. The U.S. Fish & Wildlife Service can allow the import of a sport-hunted elephant trophy only when the killing of the trophy animal will enhance the survival of the species. Imports of African elephant sport-hunted trophies are limited to two per hunter in a calendar year.

Regardless of the perceived pros, animal rights organizations, notably The Elephant Project, are not happy with the decision and fear that this will increase poaching.

Reprehensible behaviour by the Trump Admin. 100 elephants a day are already killed. This will lead to more poaching. https://t.co/rld67eM018

President Trump's sons are also coming under fire for, as they have in the past, their trophy hunting.

Whether the Trump Administration will hold to its decision remains to be seen. However, when criticized for his sons' hunting five years ago, Donald Trump replied, "Old story, one of which I publicly disapproved. My sons love hunting, I don't."

@cher Old story, one of which I publicly disapproved. My sons love hunting, I don’t.