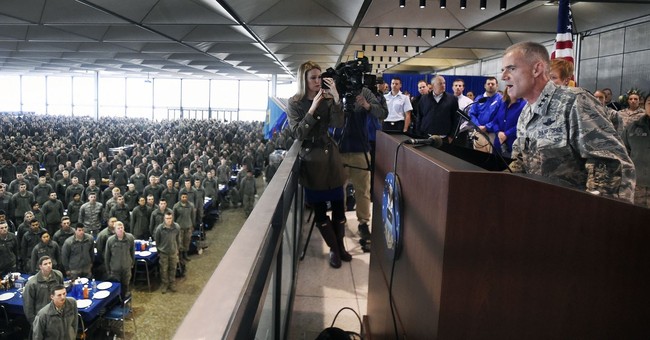 At the end of September, news broke that an unidentified cadet at the United States Air Force Academy (USAFA) Preparatory School wrote racial slurs on whiteboards outside the dorms of five African-American cadets. After a blistering speech where Lieutenant General (Lt Gen) Jay Silveria condemned racism and told cadets, "If you can't treat someone with dignity and respect, then get out," an investigation was conducted by the Air Force Academy. In a statement released by the Academy on Tuesday, the incident has been declared a hoax. One of the cadet "victims," whose name has not been released, admitted to writing the slurs.

Here was my initial take:

As the investigation is underway, it will be important to find the truth and those responsible. Anyone involved should be found and held accountable, whether it be a real instance of racism or if it turns out to be a hoax.
...
As a nation that is already polarized down political lines and becoming polarized along racial lines by the day, it is important to understand that racists and race baiters cannot take away what we stand for as a country.

When claims like this are made, it is important to take the allegations seriously, but not to jump to conclusions. While racism does exist, more and more instances are arising where people are making themselves the victim, which gives rise to skepticism. A student at Kansas State University, for example, intentionally spray painted his car with racist graffiti.

The race baiter at the USAFA Preparatory School will no longer be attending.

When the initial story broke, a father of one of the five cadets said this to the Air Force Times:

Whether this father is the father of the cadet responsible for writing the slurs is unknown. Regardless, the words of this father still ring true.