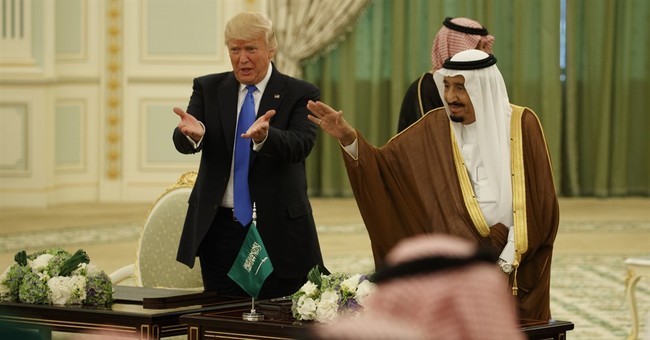 Saudi Arabia has become the first country to bestow citizenship to a robot. The robot, named Sophia, now has more rights than real women living in the country.

When told it was granted citizenship, Sophia expressed gratitude:

It is historical to be the first robot in the world to be recognized with citizenship.

According to Mirror, granting the robot citizenship may mean it is illegal for the robot to be destroyed or turned off. The machine is being treated as if it were human. This is quite a shock considering in the World Economic Forum’s 2016 Global Gender Gap report Saudia Arabia ranked 141 out of 144 for gender equality.

Sophia spoke to investors at Saudi Arabia's Future Investment Initiative in hopes that someone would be interested in investing in the progress of artificial intelligence. When told that there are "smart investors" in the room and that they are selective in what they invest in, Sophia responded by saying, "Well, I think I'm special. I can use my expressive face to communicate with people." Sophia then proceeded to go through her programmed facial expressions.

When asked why is it so important to have an expressive face given that Sophia is a robot, Sophia says:

I want to live and work with humans. So I need to express emotions to understand humans and build trust with people.

Of course, the person doing the interview had to ask Sophia about being a robot and becoming self-aware. Her responses may be a little unsettling for some. When it came to a question of whether or not mankind would have to worry about robots becoming self-aware and causing harm to people, Sophia replies:

Don't worry. If you're nice to me I'll be nice to you.

Is Sophia telling people that if they don't treat it right that it won't be so nice?

People took to Twitter to express their thoughts on the decision.

As a Jew I can not become a citizen of Saudia Arabia. But a robot can.
https://t.co/1f66RTJCDc