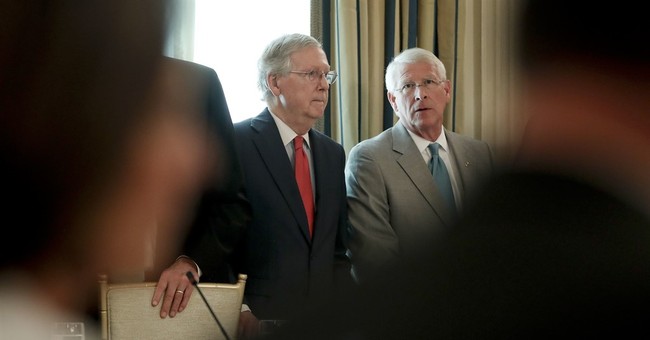 Unlike Alabama, the Republican Primary in the state of Mississippi is going to be close. Due to how close it is going to be, Tea Party co-founder Jenny Beth Martin told Axios that President Trump should "stay out."

I notice that the president has met with a few people, like [incumbent Sen.] Roger Wicker from Mississippi, I'm here to tell you that the grassroots in Mississippi have not forgotten what happened to them with Chris McDaniel in 2014, that election was really stolen from [him], and they remember. And I hope the president just stays out of that... for his sake... the grassroots don't like Wicker at all… the president liking him isn't going to make them like Wicker any more.

President Trump still has his grassroots base intact and, for the most part, they are still loyal to him through thick and thin. Even if the president makes a decision they may not like, they are willing to forgive him for the mistake or they will simply accuse members of the "establishment" of misleading him. However, if President Trump endorses Sen. Roger Wicker over his opponent, and if Sen. Wicker were to win, the Mississippi voters may not be so forgiving.

According to Martin, grassroots voters believed Trump's decision to back Luther Strange in the Alabama Senate race was a result of him getting "bad" information from McConnell and Ryan. That logic may not hold up in Mississippi, where Trump has more time to determine whom to endorse.