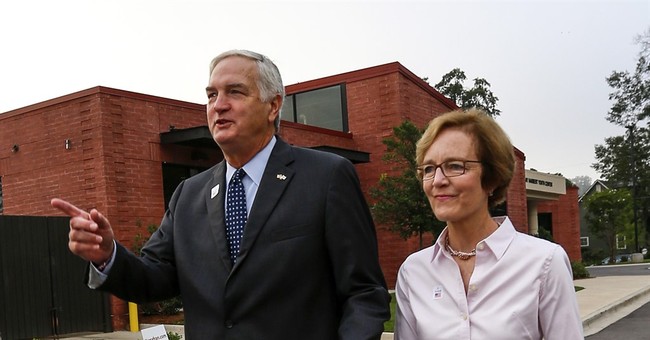 The media expects the Alabama race to be a pretty good indication of Trump's popularity six months after becoming president.

The president recently endorsed incumbent Sen. Luther Strange over U.S. Representative Mo Brooks. However, neither of them are currently in the lead. The top spot currently belongs to Alabama Supreme Court Chief Justice Roy Moore. The top two, however, will proceed to the runoff. Robert Kennedy Jr. is leading the charge for the Democrats.

"He's helping me in the Senate," Trump says in the endorsement message. "He's going to get the tax cuts for us. He's doing a lot of things for the people of Alabama."

He has also been tweeting his support.

Big day in Alabama. Vote for Luther Strange, he will be great!

Strange told "Fox & Friends" that he earned the president's endorsement with a history of voting for policy initiatives promoted by Trump.

"We've developed a personal friendship, we like each other and we have the same goals," he said. "I think that will make the difference today."

Brooks asked President Trump to reconsider his endorsement, suggesting that Strange is too close for comfort with Senate Majority Leader Mitch McConnell.

Because Trump has been so involved in the Alabama race, the media has declared that he "owns" tonight's results. If Strange polls better than expected, it could mean that the president will be a major player in the midterm elections.

Polls close at 8 p.m. in Alabama. If no one receives a majority of the vote, a runoff will take place on September 26.