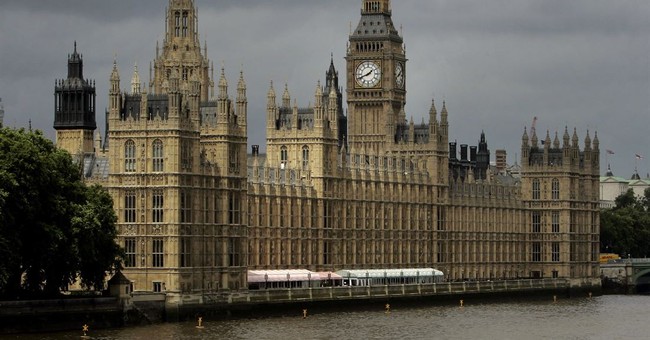 A slate of measures designed to insulate the UK from national security threats originating in China issued from London on Monday. UK Foreign Seretary Dominic Raab confirmed Monday afternoon a decision by the UK to enact an arms embargo against Hong Kong and suspend the historic extradition treaty established at the handover in 1997.

In an interview with the Telegraph, UK Prime Minister Boris Johnson commented on the then-upcoming statement by Foreign Secretary Raab:

“There is a balance here. I am not going to be pushed into position of being knee-jerk Sinophobe on every issue, somebody who is automatically against China. But we do have serious concerns…We’ve got to have a calibrated response, we’ve got be tough on some things but continue to engage."

The UK enforced an arms embargo against China in 1998 banning exports of lethal weapons from the UK to China. The restrictions will now extend to Hong Kong, including restrictions on non-lethal goods, like chains, that could be used by Hong Kong authorities to subdue dissidents.

Following Beijing’s national security law that essentially granted it full legal control over Hong Kong, Raab declared “a clear and serious violation of the UK-China joint declaration.” Articles 55 and 57 of the UK Extradition Order with Hong Kong grant China jurisdiction over certain cases of Hong Kong people apprehended in the UK for crimes committed in Hong Kong. Recognizing that, according to Raab, the national security law violates fundamental assumptions of the agreement, it is “immediately and indefinitely” terminated by the UK government.

Canada and Australia had similar treaties with Hong Kong but suspended them earlier this month. U.S. Secretary of State Mike Pompeo has intimated that the U.S. intends to make a similar decision in the coming weeks.

The UK’s latest measures represent a “reasonable and proportionate response to china’s failure to live up to those international obligations with respect to Hong Kong," Raab said.

Raab repeatedly reiterated the UK’s desire for a “positive, constructive, mature, reciprocal” relationship with China, but emphasized the need to reject Chinese encroachments on the UK’s sovereignty. He also mentioned China’s exploitation against its Uighur Muslim minority.

UK politicians have called to remove Beijing’s sister-city status with London and impose sanctions on Xinjiang officials. Others push to enforce a ban against TikTok, a popular app whose parent company is based in China, after TikTok called off negotiations to relocate headquarters for TikTok’s international business to the UK.

When asked by the Times whether China was considering repercussions against UK actions, Chinese Ambassador to the UK Liu Xioming assured the Times of China's aggressive stance toward the UK . “If you challenge China's sovereignty and support the forces against China, we'll certainly make our demarche with them and let them know that it's very dangerous for the UK to show support for anti-China activities.”