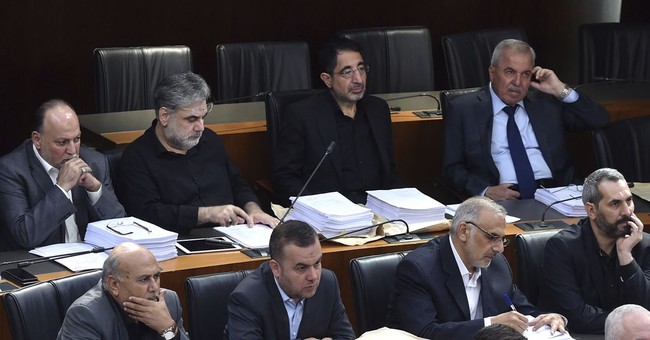 Diplomatic rights of free speech will prevail for U.S. Ambassador to Lebanon, Dorothea Shea, after a state judge ordered all state media to stop publicizing interviews with the ambassador.

"The U.S. Embassy will not be silenced... but more importantly, the Lebanese people's freedom of expression must remain unhindered," Ambassador Shea said in an MTV Lebanon interview.

Shea had criticized Hezbollah’s influence on the nation’s politics in an interview with local news agency Al-Hadath: “By its actions and threats, Hezbollah destabilizes the country and jeopardizes the country’s economic recovery.” She alleges that Hezbollah, designated by the U.S. as a terrorist organization in 1997, was complicit in decades of government corruption, and that the U.S. has “big concerns” about its role in the country’s leadership.

“The Lebanese people are suffering from the consequences of decades of corruption, irresponsible spending and financial mismanagement by successive governments that promise reforms but fail to deliver,” she said in the interview.

The U.S. Embassy to Lebanon later posted the full interview on Twitter:

We believe very much in freedom of expression and the important role a free media plays in the United States and Lebanon. We stand with the Lebanese people.https://t.co/7IB2d96CJ8

On Saturday, Judge Mohammed Mazeh threatened a yearlong shutdown and fines equivalent to U.S. $200,000 to any local or foreign media organization who gave voice to the ambassador. The Washington Post reports that, according to Mazeh, Shea’s criticisms “insult many Lebanese .?.?. contribute in pitting the Lebanese people against each other” and disrupt Lebanon’s notoriously unstable political climate.

Many pro-Hezbollah Lebanese protested in support of Mazeh on Sunday.

Shea called the ruling “unfortunate” and a “distraction” from the country’s economic crisis, MTV Lebanon reports.

Lebanon’s Information Minister rejected the ruling. “No one has the right to prevent the media from reporting the news and limiting media freedom,” she said in a tweet.

At least four media channels broadcast interviews with Shea on Sunday, a day after the Mazeh’s proclamation.

“I was contacted yesterday afternoon by a very high-ranking and a well-placed official in the Lebanese government and this official expressed apologies,” Shea said in another interview with MTV Lebanon.

MTV Lebanon reported that Judge Mazeh had been referred to judicial inspection, but both Mazeh and Prosecutor General Ghassan Aoueidat deny these claims. Mazeh later promised to resign if such questioning should occur.

Shea and Foreign Minister Hitti met on Monday to pursue reconciliation after the incident. In a statement issued earlier today, Shea called the meeting “positive,” assuring citizens that “we turned the page on this unfortunate distraction so we can all focus on the real crisis at hand, which is the deteriorating economic situation in Lebanon.”

The United States is one of Lebanon’s largest financial donors, in spite of Hezbollah’s ongoing political positioning. Its currency value plummeting, Lebanon recently defaulted and appealed to the IMF for assistance.

“The United States stands ready and will continue to help the Lebanese people as the government takes the necessary steps to address the underlying causes,” she added.

Cassidy Hutchinson's Credibility Has Taken Another Hit
Townhall
'The difference matters': Reporter notes that the 'shot at' narrative is nuanced and suspect might not have taken aim
Twitchy
The Left Is Pouncing on Pics of Highland Park 'Person of Interest,' Desperate to Make Trump Link
Redstate
BLOODBATH: Six Dead, Two Dozen Wounded at Suburban Chicago 4th of July Parade [UPDATED]
PJ Media