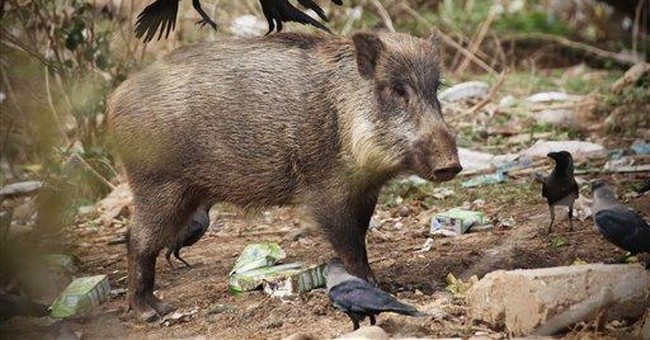 ISIS militants were ambushed by an unexpected force on Sunday.

While preparing to ambush local anti-ISIS tribesmen who had re-located to northern Iraq after ISIS seized their town of Haija in northern Iraq, a herd of wild boars who patrol the area spotted the militants on Sunday. The herd proceeded to attack and kill three militants while simultaneously injuring 5 more, Sheikh Anwar al-Assi, a supervisor of anti-ISIS forces, told London-based news site, the Times.

Al-Assi explained that the militants had already massacred 25 people attempting to flee the seized area of Hawija three days prior to the boars mauling them. Hawija is one of only three ISIS strongholds in Iraq, the Times noted.