Next Country to #BuildtheWall: Pakistan 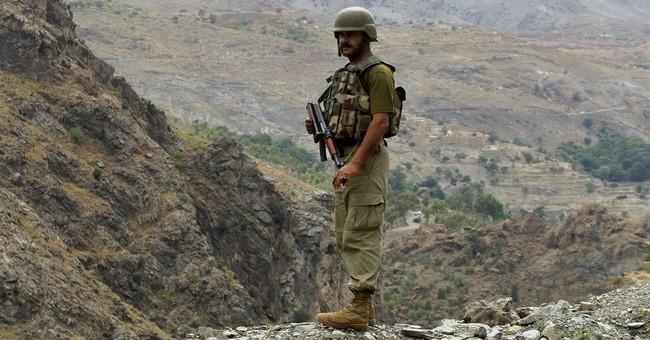 Pakistan has announced plans to secure their nation from terrorist attacks by building border fences in some "high threat zones." The fence will go along parts of the Afghan border where terrorists have incited cross-border attacks (the "high threat zones"), according to the Associated Press.

As with the majority of border-securing decisions, there exists controversy. Afghanistan refuses to allow the creation of the border fence, as the country has never recognized that particular border-- although it is internationally recognized, as a product of British colonialism in the 19th century, the AP reported. This section of the border permeates the Pashtun "heartland," and the Pashtuns make up Afghanistan's largest ethnic group.

According to an AFP report, the deputy spokesman for the Afghan Interior Ministry, Najib Danish, denounced the border fence saying that, "We have not seen any signs of building fences along the border. But it is not going to solve the terrorism problem. It is only going to divide the people and we will not allow it."

There is also tension with this subject as both Pakistan and Afghanistan accuse each other of housing terrorists.

The border fence construction announcement follows a string of recent terrorist attacks that have killed over 100 people in Pakistan-- which the country declared was due to militants relocating into its vicinity, according to Time. And on the other side, Afghanistan has continuously condemned Pakistan for harboring Afghan Taliban fugitives and some of their allied Haqqani network-- and the U.S. agrees with Afghanistan, Time explained.