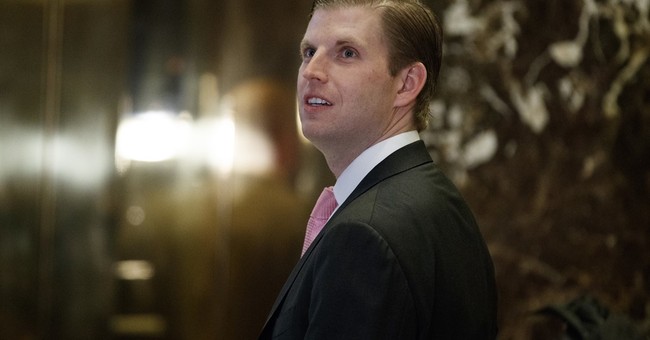 The month of September will bring more than just Fall weather for Eric Trump and wife Lara Trump-- this year, it'll bring a new baby boy.

The baby of this duo will be President Trump's ninth grandchild.

Lara Trump told People that she isn't worried at all; the both of them have had extensive experience from babysitting the President's eight other grandchildren. She also noted that Eric will be a great dad, and he has seen the ever-popular children's movie, Frozen, many times.

She is now in her second trimester and decided that they had to reveal the news now, as President Trump was so excited they were afraid he would unveil the exciting news at one of his press conferences, People reported.