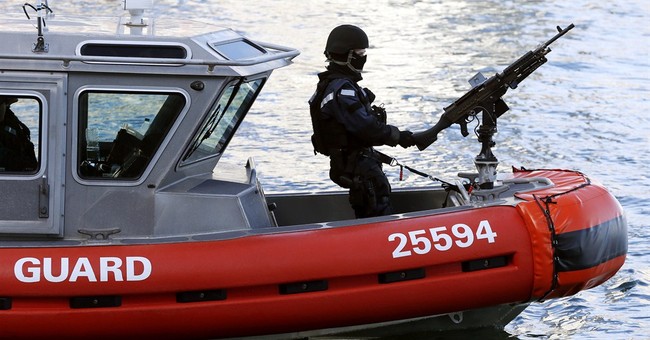 The U.S. Coast Guard, the only military branch included in Department of Homeland Security, which patrols 95,000 miles of U.S. coast as well as 4.5 million square miles of ocean, is set to undergo an unfortunate budget decrease.

Yesterday we saw President Trump speak aboard the USS Gerald R. Ford, divulging his new military plan, a proclamation of $54 billion more for the 2018 defense budget-- including an increase of tens of billions for the Navy. As the President explained, this would include upping the number of U.S. air craft carriers to from 10 to 12, the latter goal being 11 more than any other country in the world, according to Foreign Policy.

However, the Coast Guard is being put in the corner on this one, as Reuters reported.

“The Office of Management and Budget (OMB) is proposing to cut roughly $1.3 billion from the Coast Guard, or 10 percent of the 2017 $10 billion budget.”

The Coast Guard, along with protecting an immense American coastline, also plays a big role in the fight against drug smuggling, having seized 144.8 tons of cocaine just in 2015, FP stated.

FP quoted Rep. Duncan Hunter (R-Ca.), who is reportedly one of Trump’s choices for Army Secretary and member of the House Armed Services Committee, in his response to the Administration on the matter.

“It’s nonsensical to pursue a policy of rebuilding the Armed Forces while proposing large reductions to the U.S. Coast Guard budget,” he wrote in a letter to the president Thursday. Cutting the Coast Guard’s budget would “serve to the detriment of U.S. national security and create exposures that will most certainly be exploited by transnational criminal networks and other dangerous actors,” he wrote.

The Coast Guard has already been stretching themselves as is; the branch has apparently been resorting to employing ships which are 4-10 decades old, a detrimental drawback.