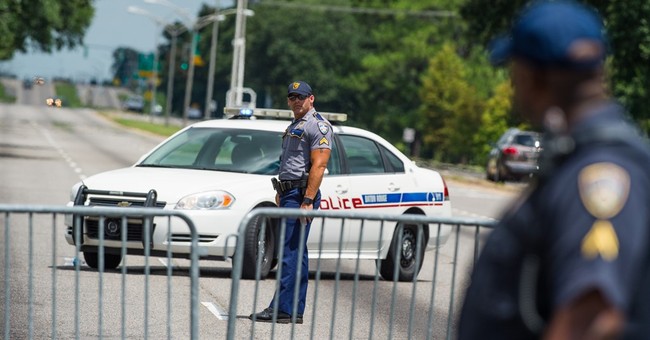 Milwaukee County Sheriff David Clarke sat down with CNN's Don Lemon yesterday to speak on the Baton Rouge ambush that resulted in the murder of three police officers.

The interview was heated to say the least.

"I've been watching this for two years. I've predicted this," Clarke said. "This anti-police rhetoric sweeping the country has turned out some hateful things inside of people that are now playing themselves out on the American police officer."

Clarke asked Lemon if he believed the movement truly stood for "peace and coming together in the country."

The two butted heads and when Lemon asked the sheriff to keep it civil he replied with, "I'm looking at three dead cops this week and I am looking at five last week. You're trying to tell me to keep it down?"