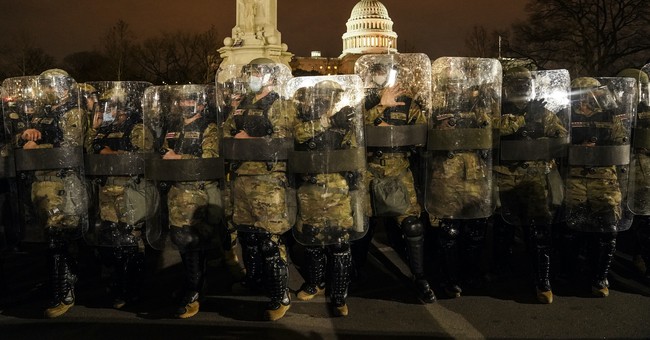 What a bunch of babies. It’s also totally insane. To go against us makes you a domestic terrorist. That’s the position of the National School Boards Association. I know they issued an apology when one of their letters to Joe Biden was revealed to the press. They were in contact with the Biden White House before this letter was sent. This comes off the heels of parents not liking the left-wing nonsense, like critical race theory, that’s being spouted in schools. That anger is what catapulted Republican Glenn Youngkin into Virginia’s governor’s mansion last November. It’s what allowed the GOP to retake the House of Delegates too.

The COVID lockdowns that have led to a massive education gap and mental health crisis didn’t help either. Parents got a glimpse into how their schools’ curricula had become a left-wing cesspool. On top of that, in Virginia, the Loudoun school district was caught up in a scandal where an alleged gender fluid student sexually assaulted a female student only to be quietly moved to another school—where this student did the same thing to another female co-ed. Political correctness had led to predators being protected within the halls of our classrooms—and the powers that be didn’t tell anyone. I guess you can see why some of these school board meetings got very intense. The continued masking nonsense. The extension of COVID protocols that we all know doesn’t work. And the ongoing whining of lazy teachers’ unions led to a confrontation. Yes, it got heated. Were federal troops needed? No. Yet, that’s what the National School Boards Association wanted to protect themselves from these domestic terror cells called parents (via NY Post):

The National School Boards Association planned to ask the Biden administration to deploy the Army National Guard and military police to school districts beset by parent protests over policies including mandatory masking and the teaching of critical race theory, an internal review has found.

The stunning request was included in a draft letter to the president from September of last year, but was ultimately removed from the final version by the NSBA’s then-CEO Chip Slaven, according to a report from Milwaukee-based law firm Michael Best & Friedrich LLP.

The letter that was ultimately sent, on Sept. 29, was signed by Slaven and then-president Viola Garcia and argued that verbal confrontations and other incidents at local school board meetings across the US constituted “acts of malice, violence, and threats against public school officials.”

“[T]he classification of these heinous actions could be the equivalent to a form of domestic terrorism and hate crimes,” read the letter, which went on to ask the administration to “examine appropriate enforceable actions” under a raft of legislation — including the post-9/11 Patriot Act.

The parents are scaring us by spouting facts at these meetings, please come and save us.

You’ve got to be kidding me. I’m laughing as hard as Charles Barkley when it was reported that a “police presence” was requested during a scuffle between the Houston Rockets and the LA Clippers years ago.

At the same time, it shines a light on the default response lefties have when confronted with their own bad policies. It’s whip out the baton and beat people down. Luckily, this request was ignored.

Federal troops providing security at…school board meetings. What the hell is going on?