Capitol Police Deny They Spied on GOP Congressman...Here's What They Said. 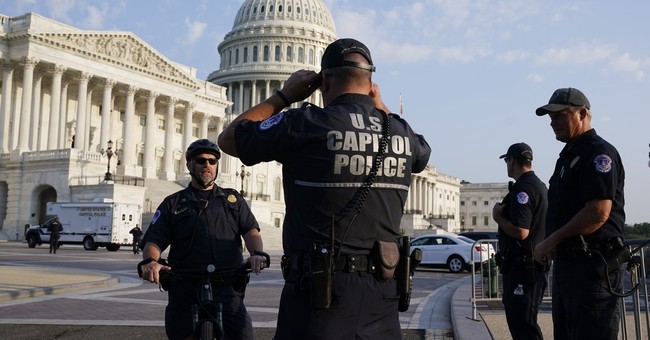 Rep. Troy Nehls (R-TX) is in a little bit of a war of words with Capitol Police. The Texas Republican accused them of illegally spying on his office. The incident occurred in late November of 2021. Congress was in recess, and officers entered his office and took photographs of legislative materials. On November 22, 2021, Capitol Police officers tried again to access his office. Dressed as construction workers, they were caught by a member of his staff but questioned the staffer as to the contents of the materials captured in their photograph that the congressman denounced as illegally obtained:

On November 20th, 2021, Capitol Police entered my office without my knowledge and photographed confidential legislative products protected by the Speech and Debate clause enshrined in the Constitution, Article 1 Section 6.

Two days later on Monday November 22, 2021 (Thanksgiving week), three intelligence officers attempted to enter my office while the House was in recess.

Upon discovering a member of my staff, special agents dressed like construction workers began to question him as to the contents of a photograph taken illegally two days earlier.

Capitol Police never informed myself or senior level staff of their investigation and the reasons are clear.

They had no authority to photograph my office, let alone investigate myself or members of my staff.

So, why is the Capitol Police Leadership maliciously investigating me in an attempt to destroy me and my character?

Nehls suggested that his criticism of Nancy Pelosi was one of the reasons he was being targeted, but Capitol Police fired back, saying that when an office is left vacant, open, and unsecured—they’re officers are tasked with securing the area and documenting it (via Roll Call):

Manger’s statement came shortly after Rep. Troy Nehls, R-Texas, posted on Twitter that the Capitol Police investigated his office “illegally.” An officer took a photo of a whiteboard in Nehls’ office, which Nehls and some Republican members took issue with.

The weekend before Thanksgiving, a Capitol Police officer saw that Nehls’ office door was left “wide open,” Manger said in a statement, adding that if a member’s office is vacant, left open and unsecured, “officers are directed to document that and secure the office to ensure nobody can wander in and steal or do anything else nefarious.”

On that following Monday, Capitol Police personnel followed up with Nehls’ staff and determined there was no need for investigation or further action, according to Manger.

“No case investigation was ever initiated or conducted into the Representative or his staff,” Manger said.

“The United States Capitol Police is sworn to protect Members of Congress. If a Member’s office is left open and unsecured, without anyone inside the office, USCP officers are directed to document that and secure the office to ensure nobody can wander in and steal or do anything else nefarious. The weekend before Thanksgiving, one of our vigilant officers spotted the Congressman’s door was wide open. That Monday, USCP personnel personally followed up with the Congressman’s staff and determined no investigation or further action of any kind was needed. No case investigation was ever initiated or conducted into the Representative or his staff.” – U.S. Capitol Police Chief Tom Manger

This morning a U.S. Representative complained about one of our vigilant officers.

Chief Manger stands by his officer. Here is why: https://t.co/MfGbdaWWqg pic.twitter.com/oyfTLXhwYB

“No case investigation was ever initiated or conducted into the Representative or his staff.”

That is a bold faced lie. https://t.co/IyfArXfTRH

How did Rep. Nehls react to this statement?

“That is a bold faced lie,” he replied.