Really? The Latest Target for a Woke Temper Tantrum Is...Snow White and the Seven Dwarves? 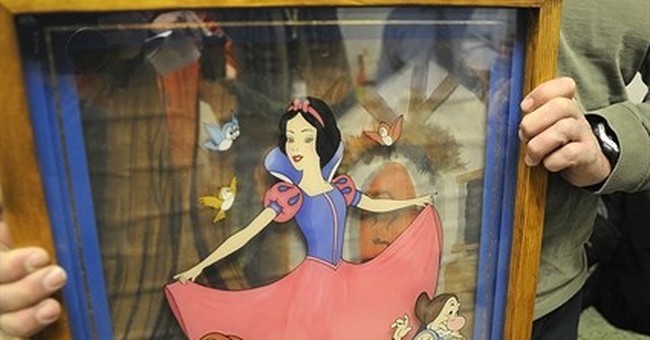 Everything is problematic. Everything is racist. Everything must be destroyed. They will make you care. Disney is being targeted by those wallowing in perpetual misery because they plan to produce a live-action film of Snow White and the Seven Dwarves. Actor Peter Dinklage of Game of Thrones fame has a problem with it. Dinklage is someone with achondroplasia. He’s only 4’ 5.” He said that the story is a backward one (via NBC News):

Dinklage, 52, who was born with a form of dwarfism called achondroplasia, said on Monday’s episode of the WTF with Marc Maron podcast that despite Disney’s “progressive” idea to cast Rachel Zegler as Snow White, the remake still tells a “backward” story.

“Literally no offense to anyone, but I was a little taken aback," he said. "They were very proud to cast a Latina actress as Snow White. But you’re still telling the story of ‘Snow White and the Seven Dwarfs.’ Take a step back and look at what you’re doing there, you know? It makes no sense to me."

Dinklage, the “Game of Thrones” star who has won four Emmys, a Golden Globe and a SAG Award, added: “Have I done nothing to advance the cause from my soapbox? I guess I’m not loud enough.”

Yeah, see look at that; Snow White is even being played by a Hispanic woman (or is it “Latinx”) and it still won’t satisfy the mob. Oh, it gets worse. Disney consulted with members of the dwarfism community on this project (via Deadline):

A Disney spokesperson told Deadline, “To avoid reinforcing stereotypes from the original animated film, we are taking a different approach with these seven characters and have been consulting with members of the dwarfism community. We look forward to sharing more as the film heads into production after a lengthy development period,” .

Disney, Deadline understands, has cultural consultants on all of its live-action films including previous titles Aladdin and Mulan, in addition to animated movies like Encanto recently. Disney intends for the characters to be CG/animated.

You can’t make this stuff up. It’s called Snow White and the Seven Dwarves. There’s nothing offensive. It’s just who these characters are in this tale. Recently, Minnie Mouse was announced that she will be channeling her inner-Hillary Clinton and wear a pantsuit instead of a dress. These are fictional characters. We’re really getting huffy about this. We’re at least in agreement on that right?