There Was a Mass Casualty Event in Norway...And It Was a Throwback to Medieval Times 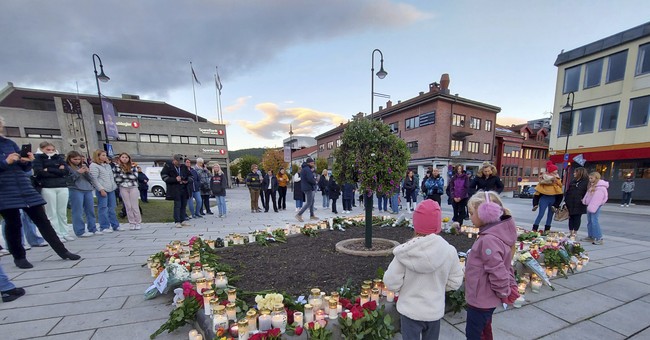 Just because your nation has strict gun laws doesn’t mean that people won’t find ways to kill one another. In Norway, one man went back to the days of Friar Tuck to commit his heinous crime. The suspect used a bow and arrow to kill five people in the small town of Kongsberg, which is about 41 miles southwest from the capital. The man acted alone and is in police custody (via Associated Press):

Acting Prime Minister Erna Solberg described the attack as “gruesome” and said it was too early to speculate on a motive. The prime minister-designate, Jonas Gahr Stoere, who is expected to take office Thursday, called the assault “a cruel and brutal act” in comments to Norwegian news agency NTB.

Police were alerted to the attack around 6:15 p.m. and arrested the suspect about 30 minutes later. The community of some 26,000 inhabitants is about 66 kilometers (41 miles) southwest of Oslo.

According to police, the suspect walked around downtown Kongsberg shooting arrows. Aas declined to comment on reports that the man used a crossbow, saying only there were “several crime scenes.”

Now, it’s being treated as a possible act of Islamic terrorism. The 37-year-old subject is a recent convert (via Reuters):

A bow-and-arrow attack in which a Danish convert to Islam is suspected of killing five people in a Norwegian town appears to have been an "act of terror", police said on Thursday.

Investigators named the suspect as Espen Andersen Braathen, a 37-year-old living in the Kongsberg municipality where the attacks took place on Wednesday evening.

A police attorney told Reuters that Braathen had acknowledged killing the victims. His lawyer confirmed only that Braathen was cooperating with police and giving a detailed statement.

Police had been concerned about signs of radicalisation in the suspect before the attacks, carried out with a bow and arrow and other weapons, a senior officer said.

The threat from radical Islamic terrorism will never fade and tragically, it looked like it reared its ugly head yet again in Europe.