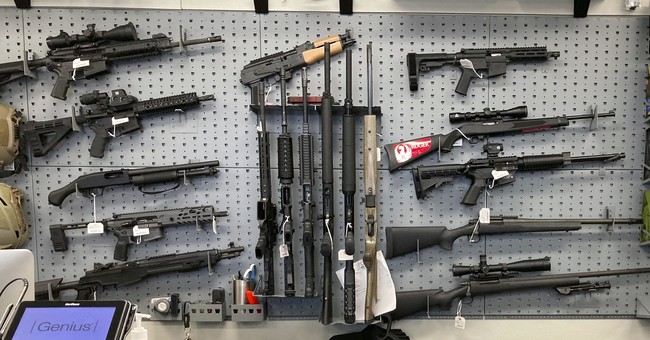 I can understand why gun sales slowed under Donald Trump. There was no threat to our rights then. He promised to protect our Second Amendment rights, and he did that for the most part. He did cave on bump stocks, but in the grand scheme of things, Trump was a great president for gun rights. Now, we have President Brain Worm looking at backdoor bans and confiscation schemes.

The ban on pistol stabilizing braces is the clearest attempt at such a backdoor ban. It places 10-40 million law-abiding Americans in legal jeopardy. It does nothing to enhance public safety. When the ATF tweaks this rule, there is no grandfather clause. It’s either you turn them over or register them. They have the pieces lined up—they need some crazy judge and a legislature to give them the go-ahead. The true aim of universal background checks is to create a national database. You all know this. So, it’s not shocking that gun sales go through the roof when Democrats are running things.

With three months left in 2021, gun sales have already eclipsed all of 2019’s purchases. Democrats once again prove that they’re MVPs when it comes to selling this product. They’re the GOAT—truly. No party has ever done more for gun sales than Democrats. Take a bow, Joe (via The Reload):

Over 13.7 million gun-sale background checks have now been conducted this year–more than all of 2019.

The data provides further evidence of a new post-surge normal for gun sales in the United States. While concerns over the pandemic and civil unrest that fueled record sales in 2020 have largely subsided, they may have been replaced by concerns over federal gun control proposals and record increases in violent crime as a source of heightened demand for guns.

He also noted that the numbers indicated a trend of monthly increases for 2021, with Fall being the season typically associated with increased gun sales.

Barack Obama is responsible for over 100 million new guns sold during his presidency. And it’s not old white dudes who are buying, which is one of the most laughable anti-gun talking points out there. The new face of American gun ownership is nonwhite and female. Women especially are lining up to learn how to shoot, handle guns safely, and secure their carry permits. This isn’t new. For the past decade, the gun industry has seen a massive spike in female participation. It’s their right. They want protection. There’s anxiety over the COVID pandemic and the 2020 riots. This will surely muck up the anti-gun Left’s plans when it comes to pushing gun control. Never ever go against anything that women like—ever.