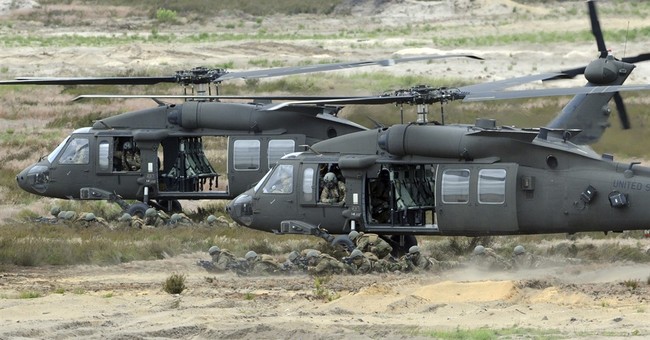 UPDATE: As Spencer wrote this morning, two bombs exploded near the airport in Kabul. Four US Marines are dead. And we're apparently still going to leave by the time outlined by the Taliban. We're leaving Americans behind. US Troops have been killed. And Biden is still screwing things up.

To Americans who might be trapped in Afghanistan after August 31, the Biden administration has two words for you: good luck. Oh, you can send an email or something to let the Biden White House know you want to leave post-deadline, but the overall message is clear. You’re on your own. Biden is going to leave Americans behind. They’ve admitted it. Why? Well, because they don’t want to anger…the Taliban. Oh, and they trust them to behave. That’s the policy. We shouldn’t have expected much because Democrats are terrible, but holy hell, guys.

The Taliban has set up checkpoints around the airport in Kabul. You can’t get to it. It’s not easy. Americans are having their passports seized. They’re being beaten by Taliban forces. It’s not safe. On top of this fiasco, al-Qaeda and ISIS are on the hunt as well. Everything that Biden has said about Afghanistan has been refuted by EVERYONE, including liberal media outlets. It’s a disaster—and Joe seems to be more concerned about build back better. That’s all you need to know about how much Joe cares; he doesn’t.

With Joe Biden lost in space and Americans still trapped, US forces, what’s left of them, and the CIA are conducting risky rescue operations to bring our people home (via WSJ):

The Central Intelligence Agency and the U.S. military are conducting extraction operations to evacuate Americans using helicopters and ground troops as the window begins to close for rescuing all people at risk in Afghanistan.

The CIA has launched clandestine operations to rescue Americans in and outside of Kabul in recent days, according to U.S. and other officials. The missions are using American military helicopters but under the operation and control of the CIA, a typical arrangement in such operations.

A congressional source knowledgeable about the evacuation effort said U.S. troops had gone into Kabul on joint missions with other allies to designated locations where they have picked up U.S. citizens, green-card holders, and Afghans who hold special visas for helping the U.S. military.

The air and ground operations are considered perilous under the current circumstances in the country as the U.S. has begun to assign priority on evacuating Americans over Afghans who are at risk. Those include the many thousands of Afghan interpreters and others who worked for the U.S. government but remain inside the country and face retribution from the Taliban.

A CIA spokeswoman declined to comment on agency operations in Afghanistan. The military is subject to different disclosure rules and acknowledges American military operations, but the CIA doesn’t.

Pentagon officials acknowledged Wednesday an operation in which they said the military airlifted “less than 20” Americans overnight into Karzai International Airport, Pentagon spokesman John Kirby said at a briefing Wednesday.

I asked President Biden what he will do if Americans are still in Afghanistan after the 8/31 deadline.
His response: “You’ll be the first person I call.”
Took no questions. pic.twitter.com/MlyFIayrMZ

The Biden team knew a collapse was possible. They had multiple memos from the intelligence community and the State Department saying so. They did nothing. They promised our European allies that Kabul would remain secure in June. That was a lie. British Parliament censured Biden which undercuts the president’s lie that our allies are not all that mad at us. The man is eons behind what’s happening. Does he know what’s going on? This is a true crisis. We’re primed to have a hostage situation with an enemy that knows we want out and might just pay multiple ransoms should they just pick up stranded Americans left and right. But it’s ok because Joe Biden has a super awesome plan for universal pre-K.