There's Something Odd About the NSA's Response to Tucker Carlson's Spying Allegations? 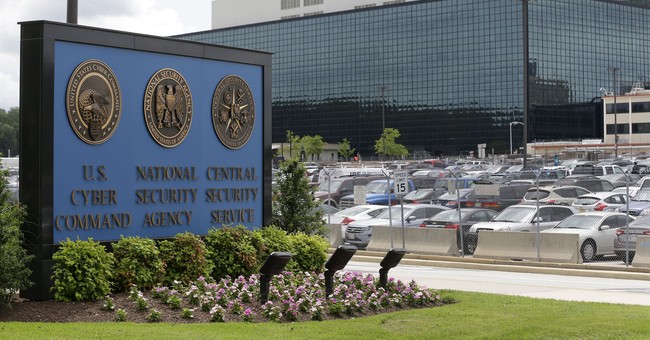 He dropped the allegation last night. Fox News’s Tucker Carlson says a whistleblower came forward to allege that he and some of his staff are being spied on by the National Security Agency. They’re monitoring their communications to find something, anything, to remove his show from the air. Now, there is no solid evidence to back this up, but there is history. The FBI did spy on the Trump campaign in 2016. The FBI did falsify documents to obtain spy warrants on Americans. There has been unmasking of Trump officials on NSA intelligence reports. They’ve done this before and now it seems they’ve restarted their dirty tricks campaign. What’s worse is that no one is really denying it.

Tucker Carlson says a whistleblower told him that he is being spied on by the NSA and that he filed a FOIA request for information:

"The Biden administration is spying on us. We have confirmed that." pic.twitter.com/LY2vmDLFTK

The Biden White House could give a straight answer. And now we have this response from the NSA which really doesn’t deny it either. TechnoFog zeroed in on where things are fishy:

No replies? That’s not weird at all. pic.twitter.com/Ti3HTCgXhU

They turned off the replies https://t.co/PNyTFIZ87g

This is a carefully drafted denial by the NSA (likely coordinated by NSA leadership), as there are three separate “allegations” within Tucker’s quote. To this we ask a key question: which “allegation” is untrue?

Is it that the NSA has been “monitoring [Tucker’s] electronic communications”?

Is it that the NSA “is planning to leak” Tucker’s communications?

Here the NSA is using vague language is used to mislead the public. The press will run this as a wholesale denial, and many in America will agree.

Those who look closely will see something else: that the NSA, while stating that Tucker “has never been an intelligence target,” does not categorically deny having his electronic communications.

We know the intelligence community is ‘woke.’ They turned on Trump. They leaked information to hamstring his administration via the Russian collusion hoax. They’ve done this before, folks. Sorry, I simply cannot believe a single thing that comes from these peoples’ mouths.