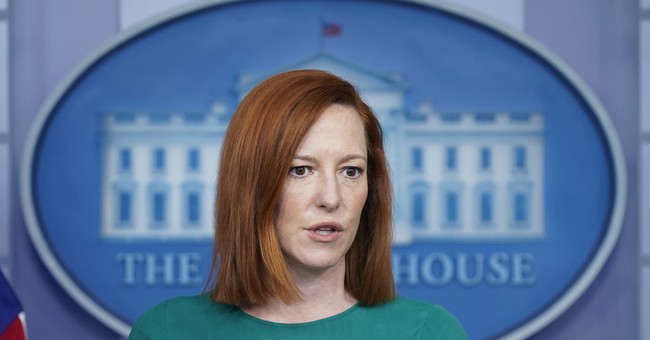 During a gaggle with reporters aboard Air Force One Tuesday, White House Press Secretary Jen Psaki was asked about allegations the National Security Agency is spying on Fox News host Tucker Carlson.

"Tucker Carlson said that the NSA is spying on him. Is the administration aware of any espionage or listening efforts on U.S. citizens by the NSA, and is Tucker Carlson one of them?" a reporter asked.

"Well, the NSA, as I think you’re well aware, I’m not sure everyone is aware, everyone on this plane is aware, I should say, is an entity that focuses on foreign threats and individuals who are trying, attempting to do us harm on foreign soil.  So, that is their purview.  But beyond that, I would point you to the intelligence community," Psaki said.

During his show Monday night, Carlson said a whistleblower told him the agency was monitoring his communications.

Tucker Carlson says a whistleblower told him that he is being spied on by the NSA and that he filed a FOIA request for information:

"The Biden administration is spying on us. We have confirmed that." pic.twitter.com/LY2vmDLFTK

While the legacy media is blowing off the possibility, NSA skeptics aren't ruling it out.

Watching people deny the possibility that the NSA is spying on Tucker Carlson while thinking about how the NSA had a dragnet spy program on Americans, the CIA spied on Congress & hacked their computers, the NSA worked w/ social media companies to hack photos, emails, videos...

Yeah man definitely. It's not like members of the intel community have ever falsified FISA documents or unmasked private citizens in order to spy on conservatives before or anything. https://t.co/KadIvOe8Bq

A Venn diagram of all the people who thought the FBI wouldn’t ever falsify documents to wiretap a Trump campaign employee and those currently telling us there’s zero chance the NSA is spying on Tucker would be a full circle.

If true, this is a massive violation against our civil liberties. The NSA must respond to Congress immediately. https://t.co/dVDQbv37gn