So, That's Ocasio-Cortez's Plan to Reduce the Prison Population, Huh? 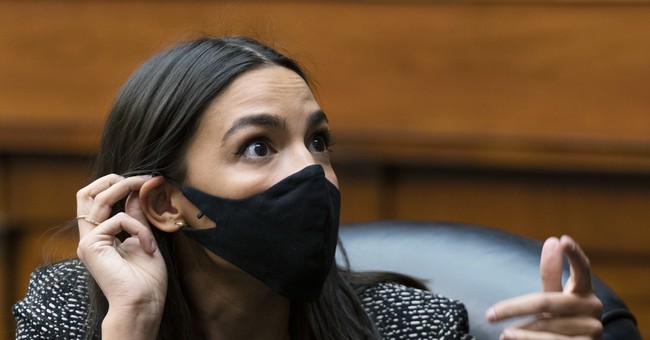 It's par for the course for Rep. Alexandria Ocasio-Cortez (D-NY). And yes, people will mock its idiocy, but this woman should be on the radar of all of us because she will be running for higher office soon. It may not be president right away, though don’t count that out, but the Oval Office is her end game. Right now, Sen. Chuck Schumer (D-NY) should probably be looking over his shoulder as his re-election bid heats up. I think AOC is gunning for him. For now, behold the New York democratic socialist’s grand scheme to stop sending people to prison: just stop building jails or something (via Daily Caller):

Rep. @AOC: "It is not acceptable for us to use jails as garbage bins for human beings. We need to treat people and see them as human." pic.twitter.com/SpwZHdyWXo

Democratic New York Rep. Alexandria Ocasio-Cortez said Thursday that the way to reduce the number of people going to jail is to stop building more of them.

“It is not acceptable for us to use jails as garbage bins for human beings. We need to treat people and see them as human,” Ocasio-Cortez said at a press conference.

“If we want to reduce the number of people in our jails, the answer is to stop building more of them … It’s to support communities, not throw them away,” Ocasio-Cortez continued.

Yeah, this might resonate with some of her die-hard supporters, but you know this probably won’t catch on with suburban voters and Independents. This is exactly the sort of gobbledygook that liberal data scientists, like David Shor, have been saying about their own voter bloc: they seem averse to trying to connect with real people. Liberals are not the majority and have an ideological tinge that alienates them from even the Democratic Party’s most ardent supporters. Given the Left’s violent swing to hate police and support criminality, this will be seen, or should be seen, as being part of the Democrats’ pro-crime push. If you want to stop people from going to jail, that’s on people not breaking the law. And Democratic policies right now, especially in New York City, only encourage and embolden criminals now that cash bail laws have been shredded.