Fact Check the Left: Is It Easier to Buy a Gun Than Vote? 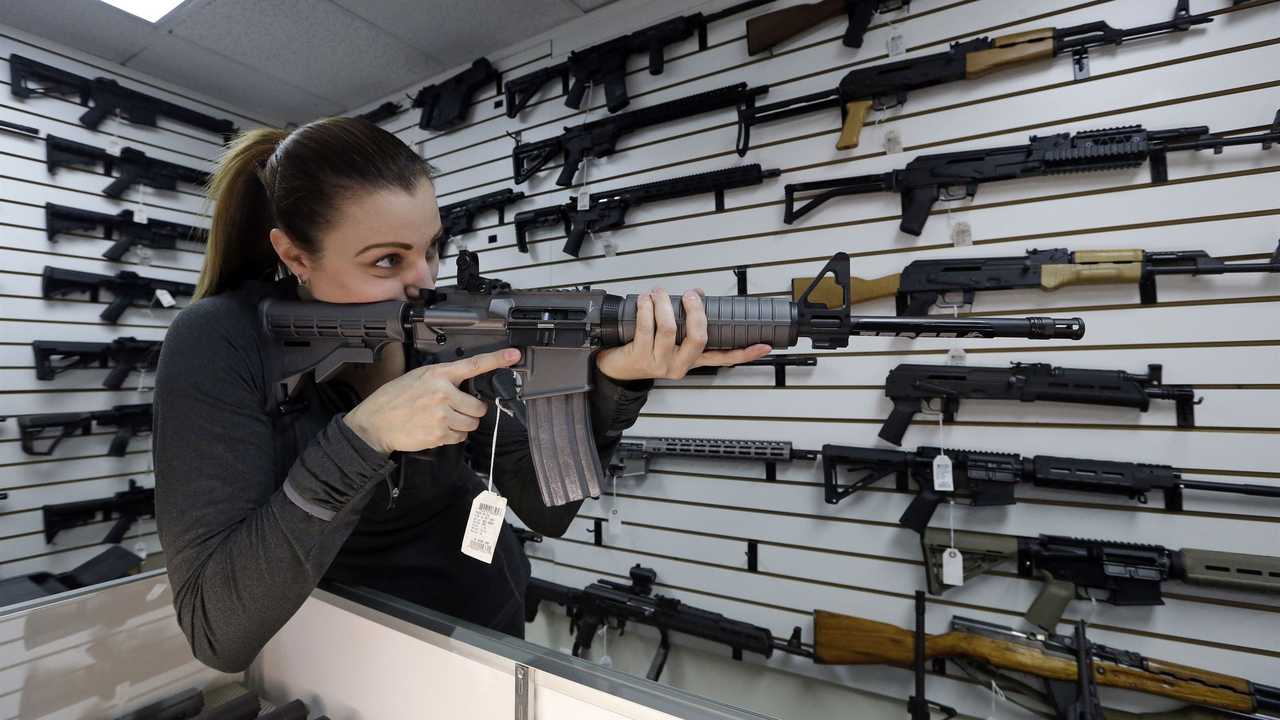 We're back to this old narrative, folks.

"It's easier to buy a gun than 'x.'" Mention any societal activity, the Left will say it's harder to do than exercising your Second Amendment rights. It’s wrong.

On its face, it's a ridiculous narrative, but anytime there's a mass shooting, it has to be recycled to drum up hysteria among coastal elites. Right now, the latest activity the anti-gun Left decided to highlight in the aftermath of the mass shooting in Boulder, Colorado, is that it's harder to vote in Georgia than it is to buy a gun.

You see, Georgia did what states are allowed to do: strengthen its voting system. The state did so by adding voter integrity measures. Georgia did not limit voting, folks. Maybe this could be another fact check by itself, but here’s where the Left decided to make their point in an effort to chip away at American civil rights. The Washington Post, a California senator, a former Politico reporter, and other outlets planted this bomb, so let's defuse it before countless lives are irreparably harmed by the Left's stupidity (via Fox News):

Punchbowl News founder Jake Sherman is the latest liberal to push the trope about how "easy" it is to get a gun.

Sherman, an MSNBC commentator and a former Politico journalist, jumped on Twitter Tuesday to mark two recent mass shootings that took place in the Atlanta area and Boulder, Colo. and note how the Senate Judiciary Committee had a pre-scheduled Tuesday hearing on gun violence.

"One of the ironies of the Covid lockdowns of the last year was the number of mass shootings went down, although shootings and gun violence overall rose. But as the country reopens, there have been two mass shootings in six days," Sherman tweeted.

"One other note: Activists have pointed out that in Georgia, for instance, it’s easier to buy a gun than to register to vote. This says a lot about where America is headed in 2021," Sherman ended the thread

Democrats will find themselves asking what good is it to have majorities in both chambers and the White House if not to pass a priority like gun control?

Former president Barack Obama tapped Biden, then the VP, to lead that effort, which ultimately failed as a bipartisan background checks bill stalled on the Senate floor.

One other note: Activists have pointed out that in Georgia, for instance, it’s easier to buy a gun than to register to vote. This says a lot about where America is headed in 2021.

VERDICT: Trash. Need I say more about how these two things aren't the same? You need photo identification and a background check to buy a firearm. You can easily vote; you can register online. You simply cannot order and mail a firearm to your residence. We all know how prohibitive gun rights can be in deep blue states as well. David Harsanyi took a hatchet to this claim in a blog post for National Review, but also added a funny tweak on how to make both camps happy:

Let’s pass an H.R. 1 for guns. If you can receive a ballot in the mail, then FedEx should be able to bring you an AR-15. If you can vote without photo ID, you should be able to buy a handgun without it, too. If we are to institute same-day registration and voting, then Americans should also enjoy same-day background checks and gun purchases. If we implement automatic voter registration for anyone using a government service, we should simultaneously implement automatic background checks that pre-clear them for gun ownership. If we’re going to pre-register 16-year-olds as voters, let’s pre-register them for gun ownership, as well.

Over at Cato, Trevor Burrus further torched this "awful" gun control talking point, reminding everyone that firearms are one of the most regulated items available for civilian ownership:

Despite widespread misconceptions held by gun control advocates, guns are the most heavily regulated consumer good in the country. Millions of Americans are federally prohibited from not only possessing a gun for even a fleeting moment, but also from possessing even a single bullet.

Everyone who purchases a gun from a gun dealer must undergo a background check. The background check system is fairly robust (even though false positives can be a problem), and it screens for a variety of conditions and offenses that would disqualify someone from legally possessing a gun. Ineligible individuals include, among others, felons, those who have been dishonorably discharged from the military, anyone who has been involuntarily committed or adjudicated as a “mental defective,” undocumented immigrants, and anyone who has been convicted of a misdemeanor crime of domestic violence. If a prohibited person acquires a gun through a private sale without a background check, he is committing a felony. If the seller knew or had “reasonable cause” to know that the recipient was a prohibited buyer, then he is committing a felony too. Violators can serve up to 10 years in prison.

While prohibiting some people from possessing a gun might make sense, millions more Americans are stripped of their Second Amendment rights if they are “unlawful users” of or addicted to any controlled substance. It’s no defense if you live in a state where marijuana has been legalized. And if you lie on the form and say you don’t use illicit drugs, that’s a five-year felony.

Many states have onerous requirements of their own, such as the 10 states that require a permit to purchase a firearm. In Washington, D.C., the requirements for legally owning a gun are sufficiently cumbersome that many have simply given up. While the pandemic came with gun-buying fervor across the country, in D.C., the only federal firearm licensee who could legally authorize the transfer or acquisition of guns abruptly stopped business. Gun rights, unlike voting rights, can be precarious enough that a change in profession can affect the right to self-defense for thousands of people.

So, can we end this appalling lie? As long as there is a liberal media and a Democratic Party, this false narrative will continue to spread. It eventually goes away, but every few years, it comes back to say, "Hey."