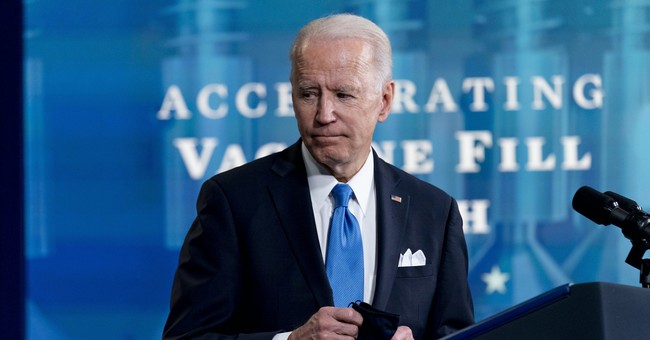 Has the media been asleep for the past year or so? It’s a rhetorical question. Of course, they have because how the Biden White House has handled the border fiasco and media access shouldn’t be shocking. We all know it’s bad. Julio has been to the border multiple times and he’s going back soon since this crisis has spiraled out of control. The detention centers are overcapacity. COVID-positive patients are being released into the border areas. There were over 100,000 illegal alien arrests in February. The Biden team says the border is closed; Facebook ads have been saying so. And yet, hordes of migrants are still rolling the dice hoping to get into the country.

A part of me is sort of shocked the media is taking jabs at the Biden administration. It’s still nowhere near the level of tenacity seen during the Trump presidency, but CNN’s Jake Tapper really wasn’t having any of the Biden media protocols over the border issue. Media access is being blocked from entering the detention centers and for good reason. No, it’s not COVID, though that’s a convenient excuse. It’s because they’re hell holes inside. Everything they accuse Trump of being, they’re actually doing times ten. The kids are back in cages; the ones Obama built. Even Democratic mayors along the border are calling out national Democrats, saying this is a crisis (via Daily Caller):

Tapper began by sharing photos initially released by Democratic Texas Rep. Henry Cuellar that showed the conditions inside one of the border control facilities.

“Today we saw this rare look inside these facilities since the Biden administration has not granted a news media access to the facilities, citing COVID restrictions, despite the president’s promise in his inaugural distress to always level with you,” Tapper said. “Blocking access to the news media is not leveling with the American people, Mr. President.”

Tapper went on to say that whether the renewed surge of migrants at the border was the result of poverty and crime in their home countries or the result of Biden’s reversal of former President Donald Trump’s much stricter policies, it was clear that the administration did not have the resources or the structure in place to manage it.

And that’s where this honeymoon ends. First, throughout the 2020 cycle, Biden was in the bunker, so media transparency was never going to be a hallmark characteristic of this administration. The man is gassed by lunch. Second, this story makes the administration look bad. They’re going to try and smother the media wherever and whenever. Third, please—the border was becoming more secure under Trump. The wall was working. The Remain in Mexico policy kept migrants from entering while they await their immigration court date. Mexico and other Latin American countries were more aggressive in halting these migrant caravans. No more, not with Sleepy Joe at the helm. This is his crisis. He’s to blame. Trump’s immigration agenda was doing exactly the opposite of what Joe’s doing right now. Trump wanted order at the border. Biden seems content with chaos. At home, the border crisis might engulf most of his first term. Abroad, his team is getting trashed and thrashed by China. We’re seeing a lot of losing right now.

Recommended
Squishy Republicans Want Trump to Go Away
Will Alexander

This is your guy, liberal media. The man who was going to wipe out COVID and bring happy days again, only to backtrack on pretty much his entire COVID agenda and continue with one laid out by none other than Trump regarding vaccines and their distribution.

Such a great start, huh?