Popcorn: Comedian's Anti-Woke Jokes at Grammys Cause Progressives to Spew Racist Hate. Here's The Worst Of It. 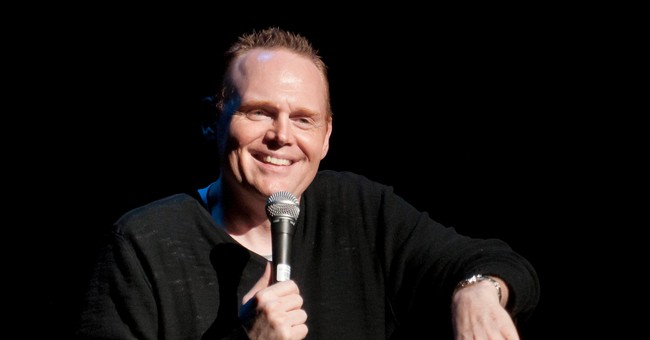 You may not know comedian Bill Burr. He’s hilarious, and the Left hates him, so he’s really good on all fronts. He’s been in movies. He has a successful stand-up career. You might have seen him during his many appearances on Comedy Central’s "Chappelle’s Show." He was also in Disney’s "The Mandalorian." Anyway, he tossed out some jokes at the Grammy Awards while presenting one of the categories, which caused the woke Left to have an aneurysm (via Fox News):

The standup comedian was tapped by the Recording Academy to present some of the awards earlier in the night prior to the main broadcast. He took the stage to piano music to present a handful of awards to Latin artists and almost immediately began showcasing some of his notorious off-color humor.

"Was I the only one that wanted to kill himself during that piano solo? I bought a suit for this," he joked. "I thought I was going to be on TV. I'm such a moron. I'm losing so much money."

"The feminists are going nuts. Why is the cis-white male doing all this Latino stuff?" he joked in a mocking tone.

While presenting the award for best regional Mexican music, he mispronounced the name of the winner, Natalia Lafourcade.

"I can't say the name. The Grammy goes to Natalia Lafourcade. I will accept on behalf of her. If I butchered her name, I'm sorry. Natalia, you won."

Following his appearance, many took to Twitter to criticize the comedian for not taking his presenting duties seriously as well as taking him to task for some of his jokes.

Bill Burr made fun of woke feminists at the Grammys & and now the cancel mob is outraged.

They're sending him abuse, threats, & calling his wife a "coon" for marrying a racist.

According to the woke mob, "racists marry black people every day." pic.twitter.com/UXZWMAqFur

Not sure what Bill Burr did, but this might be a chapter of the culture war worth watching. pic.twitter.com/VesnvI8fX7

Remember, liberals have no sense of humor. None. The Puerto Rican Day episode of "Seinfeld" is one of the funniest the show ever produced; it’s no longer re-run due to people finding it offensive. This is Bill Burr. Deal with it.

Luckily, there were plenty of people defending Burr from the woke mob, but the best came from his wife, who shut down these soy boy progs. The accusations of racism obviously were hurled at Burr. Some noted that this is idiotic because Burr is married to Nia Renee Hill, who is black. That didn’t stop these idiots from trying to cobble together a shoddy, half-assed reason for why Burr can still be racist, which in turn, ended up being ironically very, very racist.

One clown wrote, “While I'm not suggesting Bill Burr is a racist, a white man having a non-white wife can sometimes be a sign of racism. So, you shouldn't assume someone isn't racist just because they own a minority sex servant. They may very well have one because they're racist.”

While I'm not suggesting Bill Burr is a racist, a white man having a non-white wife can sometimes be a sign of racism. So you shouldn't assume someone isn't racist just because they own a minority sex servant. They may very well have one because they're racist.

I don’t know if this person was being serious or not, but mixed marriages being a form of racism is — well — something.

Hill did respond to this in the best way, however: