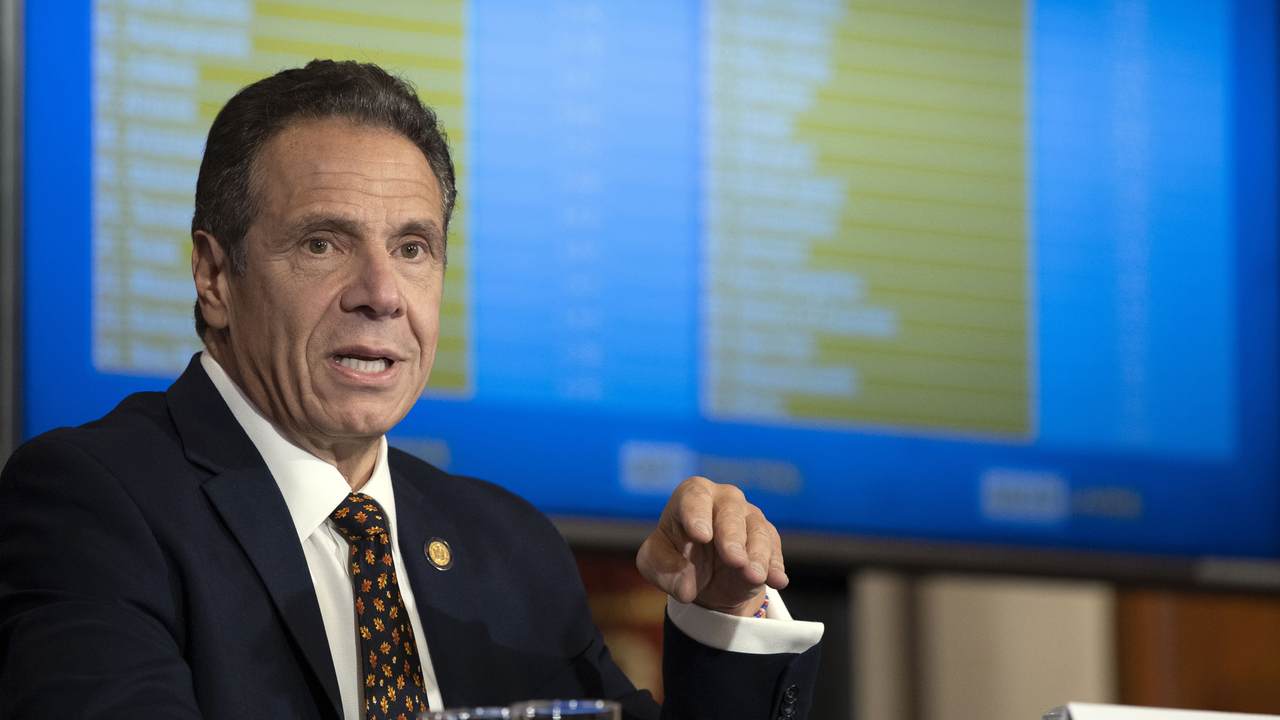 What do you do when you come across an organism in the last throes of life? Do you end its suffering or, upon learning that it is a horrible creature, not? That’s New York Gov. Andrew Cuomo right now. His production of "I’m such a super awesome guy in responding to COVID" is over. It’s being shut down for one simple reason: fraud. And the ongoing defense of his cover-up is beyond the limits of logic. It’s an attempt at gaslighting that he cannot pull off because he shot his mouth off one too many times about how he’s such a great leader in times of crisis. Here’s his latest lie that is factually untrue — and it doesn’t take much digging to rip it apart.

You have all known that Cuomo was a brain cell or two away from being declared mentally defective regarding his handling of COVID. You know his executive order to pack nursing homes to the brim with COVID patients killed thousands. King Death is even botching the vaccine rollout. His top health officials are leaving because he won’t listen. Isn’t this the science guy? Cuomo was seen as a beacon of leadership in the COVID era. Now, his whole image has melted in a matter of days. Besieged, he is all-in on the liberal media saving him from total disgrace, but the lies are just too great to defend. I mean, they’ll try by simply not covering it, but that’s the tell right there. Cuomo is too stupid to defend now, so they simply act as if he’s not the governor. I don’t know how that will work, but one huge whopper he dropped was when he doubled-down on his nursing home order.

Here’s what this comedian said: “To be clear, all the deaths in the nursing homes and in the hospitals were always fully, publicly and accurately reported. The numbers were the numbers, always.”

RATING: There’s not enough adrenaline in the world to inject life into this lie. There are scores of lies that walk aimlessly like Frankenstein’s creature. This isn’t one of them. It just shows the extent of Cuomo’s arrogance. The ego — it’s unbelievable. Let’s circle back to how the heat came bearing down on him. It was over the New York State Attorney General’s Office showing that the COVID deaths in nursing homes were undercounted by nearly 50 percent. Is that fully reported, governor? Is that accurate? This isn’t a rounding error. This is omitting thousands of deaths. So, is he saying the state AG is a liar? It gets even worse when his own staff admitted that they cooked the books on the nursing home deaths. Melissa DeRosa, a top aide, admitted this on a call with state lawmakers. The logic was that they feared a Department of Justice probe into this matter — so they buried the data. Again, apply the blowtorch to the "all the deaths in the nursing homes and in the hospitals were always fully, publicly and accurately reported" lie. The irony is that by doing this, it should leave the Cuomo administration open to a DOJ probe. At the very least, the state legislature should investigate. Some state legislators are now lining up to back articles of impeachment against him.

No, @NYGovCuomo , you did not tell the *entire* Senate or Assembly that there was a DOJ investigation, as the reason why you didn't share the nursing home numbers.

I found out about a DOJ investigation with the rest of NY'ers in the @nypost story Thursday night.

Cuomo is now attacking lawmakers who are speaking out against him as if he’s a king. He’s now saying that visitors brought COVID into the nursing homes, not the COVID patients he vacuum-packed into these facilities. Uh, also, governor, no visitors were allowed. You also didn’t tell the state Senate that the reason you decided to cover up New York’s COVID death toll was due to fear of a DOJ investigation.

By the way, DeRosa’s apology for this move seems to be entirely grounded on the political inconvenience this may have caused state Democrats. Not the families of the elderly they killed — it’s all politics. The fish rots from the head, and with Cuomo giving his "what difference does it make?" moment after being exposed as a COVID fraud, you can see where his true intentions lie. With that ethos, lying isn’t even considered a problem.

Cuomo lied, and people died. That is a fact.