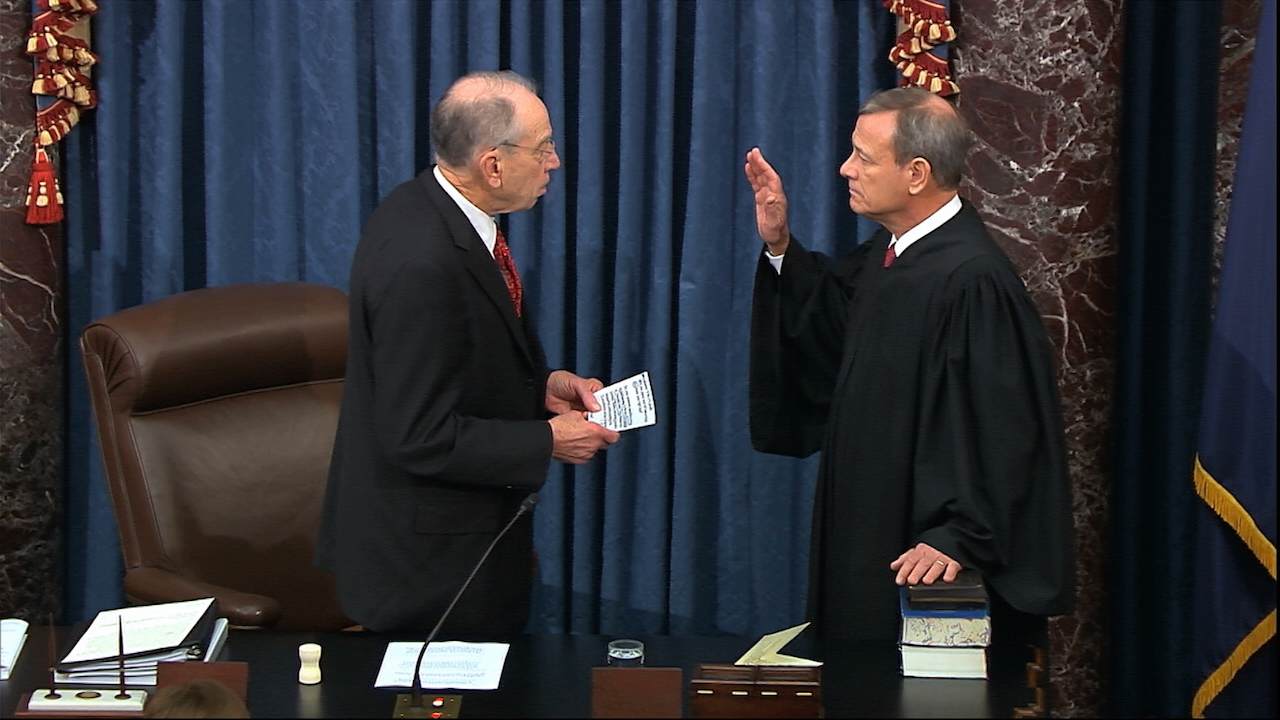 The House is expected to send over the latest articles of impeachment against Donald Trump later this week. Donald Trump will no longer be president, but a trial will still be held. There appears to be some debate regarding whether this trial can even take place. You may not like it (I hate it), but the Constitution supposedly permits it. There is nothing in the text about trials concerning former presidents. It doesn’t prohibit it. The real question relates to whether there will be 67 votes for a conviction.

President Trump is being accused of inciting a riot and insurrection regarding the January 6 Capitol Hill riot, an event where there may be evidence that it was pre-planned, which undercuts the Democrats’ argument of these articles. How could Trump incite a pre-planned riot? But facts don’t matter when it comes to the anti-Trump players on the Hill. Senate Democrats will vote for this measure. That’s 50 right there. Sens. Lisa Murkowski (R-AK), Pat Toomey (R-PA), Susan Collins (R-ME), and Mitt Romney (R-UT), and Ben Sasse (R-NE) are five GOP votes. Conviction is now 12 votes shy, but the wild card is Sen. Mitch McConnell (R-KY), who is not upset over this impeachment push. He reportedly doesn’t see the political motivations behind it, unlike the Ukrainian quid pro quo fiasco. That move was an offshoot of the Russian collusion myth. The Democrats wanted to nab Trump on that. They got nothing, so they moved on to something with even shoddier evidence—Ukraine.

McConnell has not offered where he’ll land on Trump's impeachment, but he came out swinging today, blaming Trump directly for the Capitol riot. McConnell sees the impeachment move as a way to purge the Trump elements from the Republican Party. I just have two words on that: good luck. The Kentucky Republican carries markers and supposed political cover regarding this impeachment push. We’ll see, but if his latest remarks offer a compass, I wouldn’t be shocked if he supports convicting the president and later holding a separate vote on a bill barring him from running again in 2024.

Yet, there could be another element to this trial that should give conservatives heartburn, and that is who would preside over the trial. Chief Justice John Roberts is already a hated member of the Court on the Right. With the passing of Justice Ruth Bader Ginsburg, he’s now the leader of the liberal wing of the Supreme Court. He also reportedly wants none of this latest impeachment trial. As Trump will be a former president, it appears he’s not required to preside over this upcoming trial. That will be soon-to-be-Vice President Kamala Harris' job (via Fox News):

One of Vice President-elect Kamala Harris' first tasks in her new job could be to preside over an impeachment trial of President Trump.

Politico reported on Tuesday that Chief Justice John Roberts "wants no further part" in overseeing the politically charged situation after he presided over the first impeachment trial of Trump less than one year ago.

If Roberts does not preside over a Senate trial, Harris would likely have the choice of whether to preside herself. The transition organization for the incoming Biden administration did not respond to a request for comment asking whether Harris would do that.

I would bet that she does. Kamala has never wasted a moment to ingratiate herself with the most vocal wings of the Democratic Party, and those folks want Trump to be tarred and feathered. The aura of unity that Biden promised isn’t going to happen, but you knew that already.