He Has Receipts: Liberal Reporter Calls Out Democrats' Hypocrisy Over Objecting Election Results 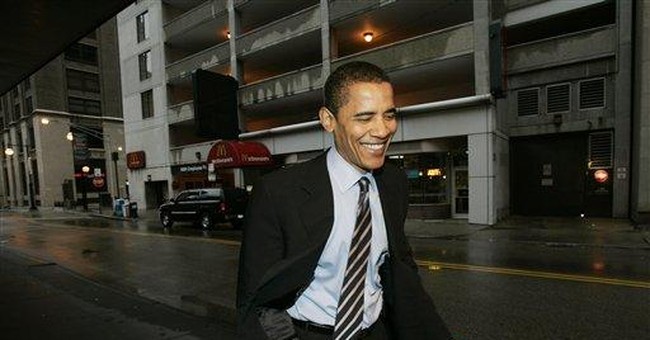 You can already hear the liberal media narratives being loaded and ready to fire. You can imagine the lists of guests on CNN and MSNBC ready to blast Trump and the GOP for trying to lead an attempted coup on January 6. It’s coming. On the Hill, congressional Republicans have rapidly joined the side of objecting to the Electoral College results of the 2020 election. In the House, 140 GOP members plan to back this move next week. It will be portrayed as something unprecedented. It will be portrayed as indicative of the rot that has occurred in our institutions because Trump is president. Yes, the ‘everything was great until Trump came along’ narrative will be injected with steroids on January 6. A part of me does want to watch the media meltdown that will ensue; you know it will be hilarious. I also know it will be insufferable.

You can imagine the chyrons on CNN and other anti-Trump networks.

‘Never in the history of our republic has this ever happened until Trump became president and took over the GOP.’

‘This is a threat to democracy.’

Sorry, I don’t have Trump derangement syndrome so they’re not as punchy, but you know they will be gloriously idiotic.

Hillary: "I commend the senator from California for raising the objection"
Ted Kennedy: "I commend and thank our friend for giving us this opportunity"
Harry Reid: "I applaud my friend"
Dick Durbin: "I thank her for doing it" pic.twitter.com/rfLyBCtoOx

Perhaps Amy Klobuchar should ask her Dem colleagues why they participated in a "coup attempt" in 2005 ??https://t.co/0cx4wiedpG

FYI: Obama, just three days after he'd assumed office, also used the opportunity to lament that so many American voters have doubts as to "whether our processes are fair and just" pic.twitter.com/SEjmLbKQfl

The challenge to certification of Ohio 2004 results for Bush was based on allegations of "irregularities" and "fraud" (inferred from purported exit poll discrepancies), claimed violations state/federal law, and much more. John Conyers produce a report outlining these theories pic.twitter.com/lirwFpdpsc

And then this from Jan 2017 will also be ignored, with the main difference being that House Dems couldn't find a Senator to sign onto their plan. Barbara Lee literally screamed about Russia before being cut off by Biden, who presided over the joint sessionhttps://t.co/7ZvAx1Fcsz

Yet, it’s as if the media thinks you cannot look up the old clips on C-SPAN or elsewhere showing scores of Senate Democrats objecting to the election results of the 2004 election. Hillary Clinton and Barack Obama being some of the most prominent names to raise their doubts about the Electoral College results. And let’s not forget that in 2017, a group of House Democrats tried to object to the election results over the Russian collusion delusion, but no senator would join them. The point is this has happened before. It will probably happen again in future elections. Was it a threat to democracy in 2005? Was it a threat when it was pitched in 2017—both times by Democrats? We have a classic case of hypocrisy, media bias, and the ‘two separate rules’ at play here regarding how Democrats and Republicans are treated. Love him or hate him, liberal reporter Michael Tracey had the receipts to these old Democratic objections from the 2004 election. He’s probably bracing for the ‘Trump is a fascist’ hysteria that’s about to engulf DC and the media in the coming days.

There’s more to the 2020 voter fraud allegations than the Russian collusion fiasco that engulfed the nation unnecessarily for three years. With such allegations of voter fraud, of course, the president and his supporters have the right to be angry and voice their objections. It might not do much to stop Biden from assuming the presidency, but the mere notion of objecting to results, especially in states where funny business happened isn’t anti-Democratic or damaging at all. There should be congressional investigations, but we can’t do much unless the GOP retakes the House in 2022. In the meantime, Trump can and should get a special counsel investigation moving to get things moving. If Democrats don’t like it--tough. We didn’t like you dragging the nation on a baseless witch hunt concerning Russia. It’s our turn to do some damage.