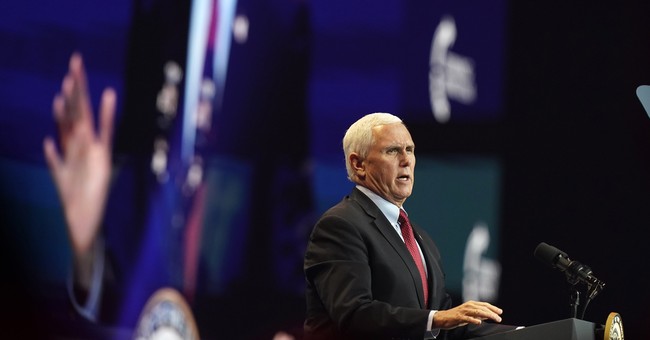 Cortney wrote about the lawsuit Rep. Louie Gohmert (R-TX) filed this week against Vice President Mike Pence over the 2020 election. It basically would have granted the vice president the power to pick the electors by overturning the 1877 Electoral Count Act. There was a lot of funny business during the 2020 election. The legal front on this battle is over, however. It’s now up to what happens on the Hill on January 6. As we speak, Mike Pence has moved to dismiss Gohmert’s lawsuit, saying he’s not the proper defendant in the proceedings (via the Hill):

Vice President Pence on Thursday asked a federal judge to reject a bid by Rep. Louie Gohmert (R-Texas) and other Republicans to broaden Pence’s powers in a manner that would effectively allow him to overturn President-elect Joe Biden’s electoral win.

The lawsuit, filed earlier this week, seeks to expand Pence’s role in an upcoming Jan. 6 meeting of Congress to count states’ electoral votes and finalize Biden’s victory over President Trump.

But in a Thursday brief to Texas-based U.S. District Judge Jeremy Kernodle, a Trump appointee, Pence said he was not a proper defendant to the suit.

140 members of the House, and counting, will object to the electoral college certification on January 6. 2021 is going to start with a boom ??

Also, there appear to be some 140 Republican House members ready to object to the 2020 Electoral College results. It’s gathering steam. For the Never Trump wing of the GOP, either accept the new path of just become Democrats.

Look, I may disagree with some aspects of how we’re dealing with the post-2020 fallout, but there are irregularities that should be reviewed. Also, being a base voter, any Republican and any Republican realignment in the party is better than becoming a Democrat. Period.

We have some squishy Republicans who have defected, yes—but this was a long time coming. And the clowns who decided to cross that Rubicon were always going there post-2016. You’ve seen most of them. They’re on MSNBC and CNN all the time as if they’re the voice and face of the GOP all while trying to help Democrats get elected.

We have a multi-racial, white rural coalition, with significant LGBT support as well. That’s pretty representative to me. And that white rural slice keeps the party in line, as marginal changes could sink us. These are people who will vote for Democrats if they hear the right messages. They’ve done so in the past. It happened in 2020. The good news is that we can win them back.

It’s Trump’s party now. I’m okay with that. I keep hearing from the squish crowd about “principles,” well my number one goal is always to be the Democrats—no matter what. The populist wing has taken over, and they’re not done fighting. The mountains of allegations of voter fraud have not convinced the GOP or its base that this was a free and fair election. That’s not going away and you bet the Republican Party should make congressional investigations a 2022 midterm promise should they retake the House. I think we should just accept the fact that the next four years will be dominated by those who felt cheated on Election Day. Tens of millions of GOP voters feel the same way. And please, let’s not act like this is unprecedented. There were objections to George W. Bush’s 2004 win by Senate Democrats.