BUSTED: Want to Guess What Con Alec Baldwin's Wife Has Been Pulling Off for Years? 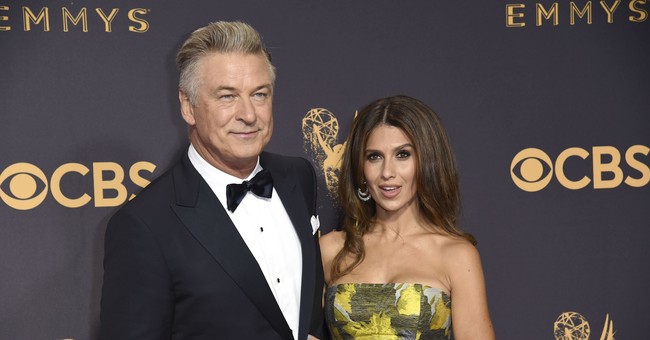 You're going to get caught. This is the era of social media. Whatever you want to hide will be revealed. Whether that be wearing blackface or a Ku Klux Klan outfit, like Virginia Gov. Ralph Northam, or being exposed as a race hoaxer, as was the case with Rachel Dolezal. Meanwhile, people are being harassed by the "woke" left-wing mob for engaging in cultural appropriation. This has been a police action for quite some time now. If you're white, don't you dare serve empanadas out of your food truck. It's that sort of nonsense. Well, we have another white liberal peddling a racial hoax, and it so happens to be Alec Baldwin’s wife.

Yeah, "Hilaria" Baldwin is not her name. It's just Hillary. Hillary Hayward-Thomas is her maiden name. She's not from Mallorca, Spain. She has no accent. And she can definitely say "cucumber." It's all mentioned below, folks. Yep, for years, "Hilaria" has put on an Oscar-worthy performance playing the part of a Hispanic woman with a faux accent and all. In reality, she's from a well-off white family from Massachusetts (via Daily Beast):

Last week, a Twitter sleuth sketched out how Hilaria Baldwin, the influencer wife of actor (and sometime SNL star) Alec Baldwin, has perpetrated “a decade long grift where she impersonates a Spanish person.”

The user, who goes by the handle @lenibriscoe, shared a number of damning videos of “Hilaria,” from a Good Morning America appearance where she employed a Spanish accent to a Today show stop in which she supposedly could not remember the English word for “cucumber.”

Hilaria Baldwin’s CAA speaker page claims that she was born in Mallorca, Spain, as does her IMDb bio and Wikipedia page. She said on a podcast earlier this year: “I moved here [to America] when I was 19 to go to NYU from… my family lives in Spain, they live in Mallorca,” adding, “I knew no pop culture.” She has graced the cover of Hola! magazine, a Spanish-language publication based out of Madrid, where she was identified as a Spanish person in both the interview and its press release.

It appears that Hilaria’s real name is Hillary Hayward-Thomas, according to her old MySpace page and those who claim to be her old classmates. She attended the private Cambridge School of Weston, in Massachusetts, and in her senior yearbook is listed as “Hillary Hayward-Thomas”

Here she is pretending not to know how to say cucumber in English ?? pic.twitter.com/g8xYNktsNY

From a review of her podcast. This woman also claimed to have moved to the United States because she wanted to go to NYU ??. pic.twitter.com/zuEWMNkTBT

So, I guess Hillary has some explaining to do.